You are here: Home / News / News / Veteran marks the 80th anniversary of the Battle of Crete

Veteran marks the 80th anniversary of the Battle of Crete

On 20 May 2021, veteran Rikki Jenkins will walk from Sfakia to Suda Bay to mark the 80th anniversary of the Battle of Crete in aid of SSAFA, the Armed Forces charity. 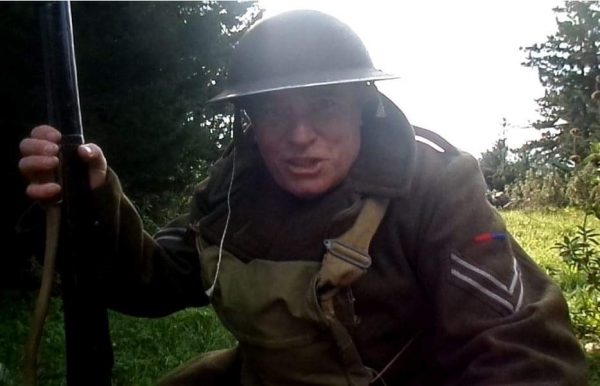 The challenge will take three days and cover 66km in 30-degree heat; starting with a mammoth climb of 1400m, similar to the height of Ben Nevis.

They will be wearing World War Two uniform and heading to Suda Bay for a Remembrance service where they will lay a wreath in honour.

Rikki served for 13 years, spending four years in 3rd Regiment Royal Horse Artillery and 9 years in 7th Parachute Regiment Royal Horse Artillery. He served in Germany, Cyprus, Kenya, Gibraltar, Belize, Germany, Canada, Australia, Falkland Islands and Italy. When he left the service, after working in Iraq, he moved to Crete and has now happily lived there for nine years.

“I lost a friend and his wife was widowed with no money. SSAFA was approached on the advice of colleagues and SSAFA just pulled all the plugs out, they were so fantastic. I am hoping to raise as much as I can to help support the Armed Forces community.”

Rikki will be completing the trek with good friend Allan McWilliams who served for 26 years with the Ulster Defence Regiment. The Greek Home Defence will also be joining Rikki for a stretch.

“We would like to join Rikki for the honour of our Grandfathers and for the people that came from so far to fight for our land.”

SSAFA is there to support the serving, reservists, veterans and their families. Rikki has already smashed his target of €1,000 and currently stands at €1,518. If you would like to support Rikki and the Armed Forces community, please donate here: justgiving.com/fundraising/rikki-jenkins