Residents at Royal Star & Garter have taken part in an international challenge inspired by Captain Sir Tom Moore, and organised by a kind-hearted nine-year-old. 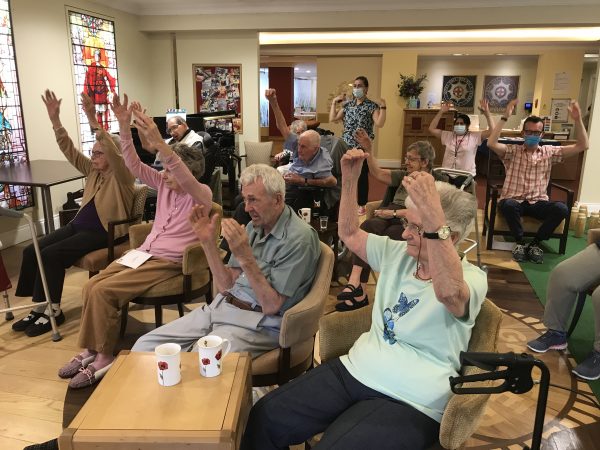 The charity’s Solihull and Surbiton Homes were two of 100 care homes which took part in a YouTube seated exercise session led by Heather Bryson on Friday 11 June. 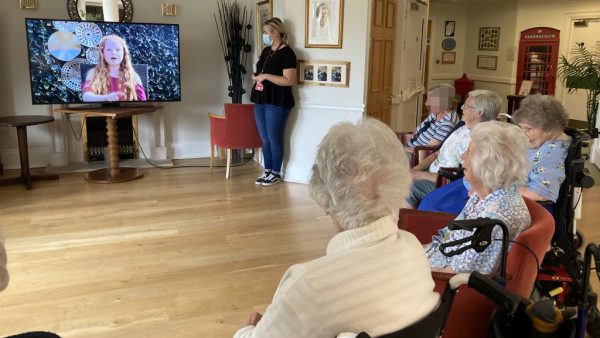 The event was part of the national Captain Tom 100 challenge, which aimed to build on the legacy of Captain Tom, who last year raised millions for the health service by walking in his garden.

Heather’s own grandmother died in a care home during the pandemic, and the youngster hopes “to make Granny proud” with her work with residents around the world.

“I want to thank Royal Star & Garter residents who took part. I hope they enjoyed the adventure and raised lots of smiles. I’d love to join the residents in person for lots more fun in the future, if they’ll have me.”

“It was really good fun. Heather is a great teacher.”

Audrey from the Solihull Home said:

“It was lovely and a nice change from the norm.”

Before the pandemic, Royal Star & Garter would welcome children from as young as a few months up to secondary school age to come into its Homes and meet veterans. The intergenerational visits were extremely popular with residents and young visitors.

Earlier this year, Royal Star & Garter residents took part in a variety of activities to raise money for the charity as part of the Captain Tom 100 campaign. In the wider military community, three soldiers from the Royal Corps of Signals each ran 100 miles over three days, to support the charity.

Royal Star & Garter provides loving, compassionate care to veterans and their partners living with disability or dementia from Homes in Solihull, Surbiton and High Wycombe.