You are here: Home / News / News / Veterans have their voices heard

Veterans have their voices heard

Older Armed Forces veterans gathered at an event this week to share their views on what’s important to them – and now the outcome of these discussions will be shared with ministers later in the year. The event, which took place in Bathgate on Thursday 13 June, was hosted by the Scottish Older People’s Assembly (SOPA), in partnership with the Unforgotten Forces consortium.

SOPA exists to give a strong voice to older people about their concerns and experience of life, raises issues about age inequalities and identifies issues that worry the older population. It conveys messages direct to the Scottish Government and supports policy that has a positive impact on challenges in later life. 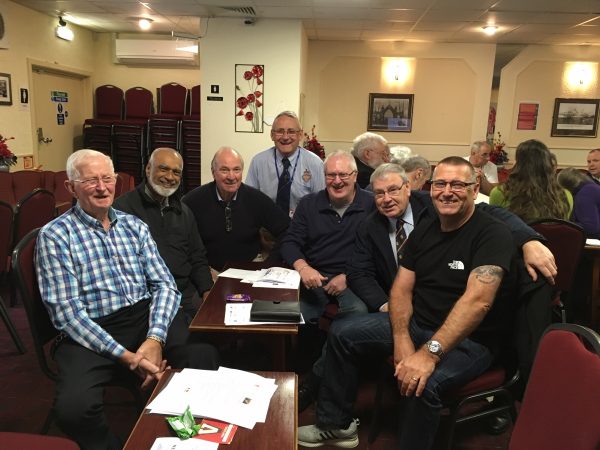 Among those in attendance was Jim Houghton, a Royal Navy Veteran, who said:

“It was good to have the opportunity to put our views forward as veterans. The event was very successful and helpful, and there was a great deal of information given to us about the services available for older veterans through Unforgotten Forces.”

Ozzy, a veteran who served with the Argyll & Sutherland Highlanders, added:

“This was a great day – very informative, welcoming and professional. It was very good, and, to be honest, very much needed.”

Unforgotten Forces is a partnership of 16 leading organisations which is delivering a range of new services and enhancements to older veterans and their families in areas including advice, access to healthcare, social isolation, respite, along with creative activities and events for those in care settings.

“The Unforgotten Forces consortium is delighted to have jointly arranged and hosted this ‘Voice of Veterans’ engagement event along with its partner member the Scottish Older People’s Assembly at the Legion Club in Bathgate.

“The event has been a great success and the whole focus has been to gather the views, concerns and opinions of a representative sample of Scotland’s older veterans on a range of local and national issues of relevance and interest to them.

“In turn, their input will be used to feed SOPA’s annual Scottish Parliamentary Assembly at Holyrood in October at which the matters raised will be debated and considered by MSPs as a contribution towards influencing government policy. This will be the first occasion on which the specific issues of relevance to older veterans will feature at this annual SOPA event.”

“The Scottish Older People’s Assembly was delighted to host this event in partnership with Unforgotten Forces. SOPA is arranging an annual assembly at the Scottish Parliament in October to ensure that the voices and experiences of older people are heard and acted upon by politicians and influencers. It is important that in the run-up to that event we engage with as many different voices as possible, and the event in Bathgate provided an opportunity for older veterans to share their views on what’s important to them.”

Veterans also heard a presentation about the success of Unforgotten Forces to date before a musician representing one of the consortium’s partners, Music in Hospitals & Care, entertained the attendees with his voice and on the guitar.