You are here: Home / News / News / Walk Of America Expedition Team Member, Kev, talks about why it’s so important to raise the profile of mental health.

Walk Of America Expedition Team Member, Kev, talks about why it’s so important to raise the profile of mental health. 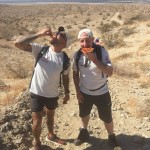 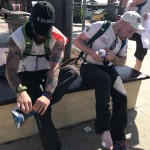 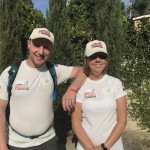 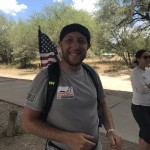 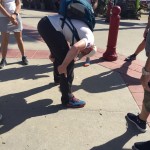 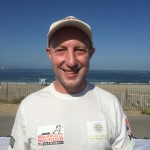 Kev Carr is ex- British Army. He was injured in 2004 and has been a resident of The Beacon – a homeless veteran’s residence in Catterick – since August 2017. He is currently one of 6 veterans walking 1000 miles across the United States this summer as part of the Walk Of America expedition team, raising vital awareness and funds for the invisible wounds of war.

When I joined the Army at 17, the world was my oyster. I was ready to serve my country and be proud of the fact that I was a soldier serving alongside my allies.

11 months ago I was sitting in my car looking at a cliff drop in front of me – ready to take my own life. I was homeless, I was alone and I was suffering. I owe a lot to my friend who found me that day, who pulled me from my car and forced me to get the help I needed.

I was given a place at a homeless residence for veterans in Yorkshire, and that was when I started receiving support from Walking With The Wounded. Slowly I began to see the light at the end of what had been a very dark tunnel.  I had been living on the streets of South Shields, but on the day that I moved into The Beacon, I had an enormous sense of relief. It felt like I had been given another chance at life again.

I’ve taken part in the Walk Of America to try as raise as much awareness as I possibly can about mental health support, because I don’t want other veterans going through life the way I did. I want to give something back to Walking With The Wounded for basically saving my life.

I’ve never done anything like this before, but I would urge others to – definitely. The closest I’ve got to it was taking part in Walking With The Wounded’s Cumbrian Challenge this year, but I volunteered as a support member rather than taking part because it took place only a week before the expedition. It wasn’t worth the risk of injury! I try to get involved with everything that Walking With The Wounded do, so I put my name down straight away.

The fact that the Walk Of America is such a great distance – 1000 miles – and we’re getting out into the public and raising awareness 24/7, whether by walking and meeting people, or by social media, I think we’re making a huge difference. Even if it’s only one person at a time. Someone in a hotel lobby or a coffee shop. We’re talking to people and it’s certainly encouraging more veterans to come forward. I know it is.

Do something like this! Veterans only need to put their heads together and chat amongst themselves as much as they can. Make sure you’re there for each other. If something like this becomes available to you, put your name down straight away. If you get chosen, good. If you don’t,  hold your head up high. There’s always something else you can do to help raise awareness. Volunteering, fundraising… host a barbeque, a games night. It doesn’t have to be a mega expedition like this – you can still make a difference.