You are here: Home / News / News / Walking With The Wounded and Keep Attacking join forces for ‘Longest Day’ challenge

Walking With The Wounded

Military charity Walking With The Wounded has teamed up with Brian Wood MC’s Keep Attacking brand to create the ‘Longest Day’ challenge – with supporters able to earn an exclusive piece of ‘Keep Attacking’ kit while ‘going further for those who served’. 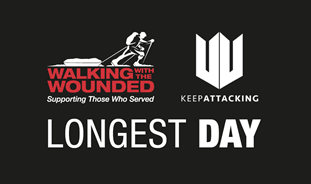 Brian was awarded the Military Cross for gallantry in combat for courageous leadership in Iraq but was later summoned for unfound war crimes which eventually led to full vindication. His story is now the subject of a BBC2 film, Danny Boy, and he has been open about his struggles with PTSD and anxiety while also supporting Walking With The Wounded’s mental health programmes to help others.

This June, Brian and WWTW are looking to inspire 50 men and 50 women to set a new personal best and, simply, go further than they’ve gone before to raise funds for other veterans who need mental health support.

“The Longest Day is a brilliant idea that captures the essence of the Keep Attacking mantra about digging deep and striving forward at your own pace, celebrating that each stride is a stride further than the last. I believe everyone is unique and has their own inner strength and the Longest Day will inspire so many stories. So I hope to see lots of people stepping forward and raising money in these amazing t-shirts to support veterans who experienced their own longest day in far more dangerous places for us.” 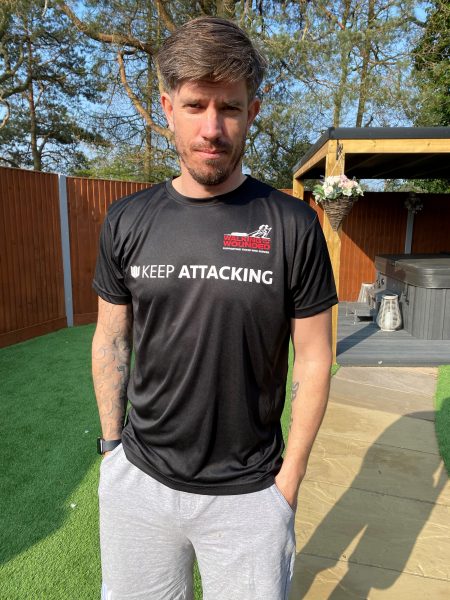 WWTW’s new CEO Fergus Williams, who served in the Welsh Guards, will be taking part and cycling 200 miles from the charity’s North West hub in Manchester to its HQ in Norfolk – in a day.

“I have never cycled that far,” he said. “But it has caught my imagination about what is possible and given me a goal that has got me out on my bike more and is sparking connections as I talk about it. That can only be a good thing at a time when we all need to reconnect with people and work on our own mental health – while also driving vital funds to help the significant minority who served and need support.” 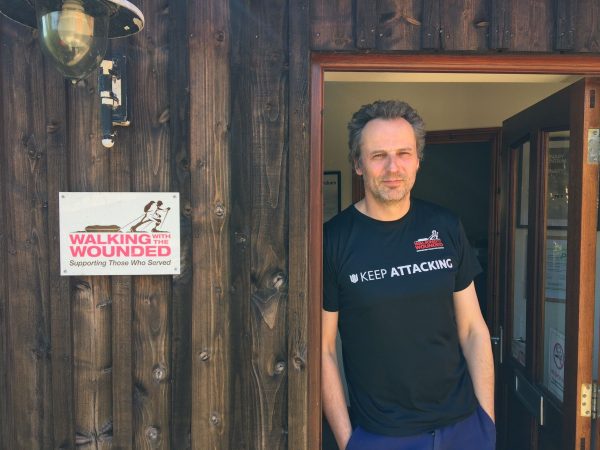 Participants can run, walk, ride, row, swim or sail anytime between 1-30 June to achieve their own goal – or support someone else to achieve theirs. It is not about who goes the furthest, or the fastest, it’s all relative to the person taking part.

Walking With The Wounded (‘WWTW’) delivers life-changing employment, mental health and care coordination programmes for ex-servicemen and women and their families who are in need – empowering them to regain their independence, thrive and contribute once more.

The charity develops innovative initiatives in partnership with the NHS to target veterans who are physically, mentally, or socially disadvantaged and deliver significant social impact. The focus is often on early intervention to help break the downward spiral which creates a disproportionately high number of ex-military within homeless, police custody, unemployment and mental health statistics.

In addition to its programmes, the charity stages fundraising expeditions (entirely paid for by corporate partners) to demonstrate the hope, determination, resilience and skills of our wounded. These have included the North Pole (2011), Everest (2012), South Pole (2013), Walk of Britain (2015), Walk of America (2018) and the Walk of Oman (2021).

Anyone interested in volunteering for Walking With The Wounded can get involved with the charity’s new OP-REGEN initiative and help bring positive change to communities across the UK.

Brian Wood, founded Keep Attacking to build community and a supportive mantra we can all be part of. Brian has his own life story which resonates with so many in many different ways. A former Colour Sergeant, awarded the Military Cross for gallantry in combat for courageous leadership in Iraq but was later summoned for unfound war crimes which eventually led to full vindication but took him on a 5 year journey of life’s brutality.

Brian has experienced PTSD and anxiety. One mantra kept him focussed to face his challenges: KEEP ATTACKING. If you keep attacking, you will eventually get through the other side.

Through all adversity just KEEP ATTACKING.