You are here: Home / News / News / Working together for Nepal

Working together for Nepal

The Trust works with a lot of organisations in Nepal, from DFID and the British Gurkhas to the Nepali government and other international NGOs.

One of our closest partners is the Kadoorie Agricultural Aid Association (KAAA). It started in the late 1960s, at the same time as the Trust, when Major General ‘Bunny’ Burnett raised concerns about support for Gurkha veterans returning to Nepal.

A Hong-Kong based philanthropist, Sir Horace Kadoorie, offered places on his training farm. He subsequently opened two more farms in Nepal. KAAA was born and they’ve worked with us ever since. 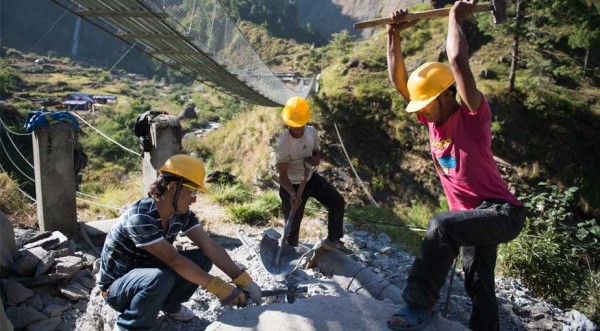