A Second World War veteran from Royal Star & Garter was among the guests of honour at a Dutch city marking the 75th anniversary of its liberation from Nazi Germany.

George Avery, known to friends and family as Bunny, attended events in and around Nijmegen and Gennep with his daughter Kathryn, between 14-16 February. 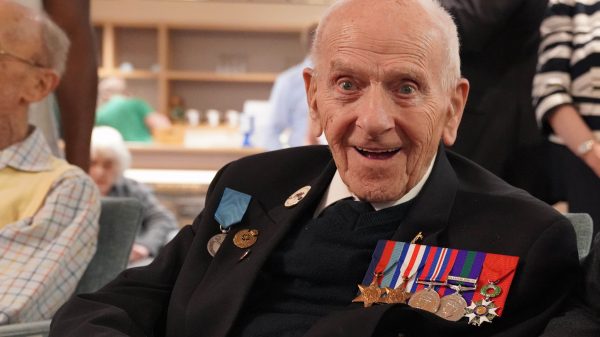 The 97-year-old served in the Royal Engineers as a Sapper and built Bailey bridges throughout Europe to help support the Allied advance into Nazi-occupied Europe.

The crossing he helped build over the River Waal during and following the Battle of Nijmegen in 1944 was the longest Bailey bridge in the world at 4,008ft, and helped free the city from enemy forces. 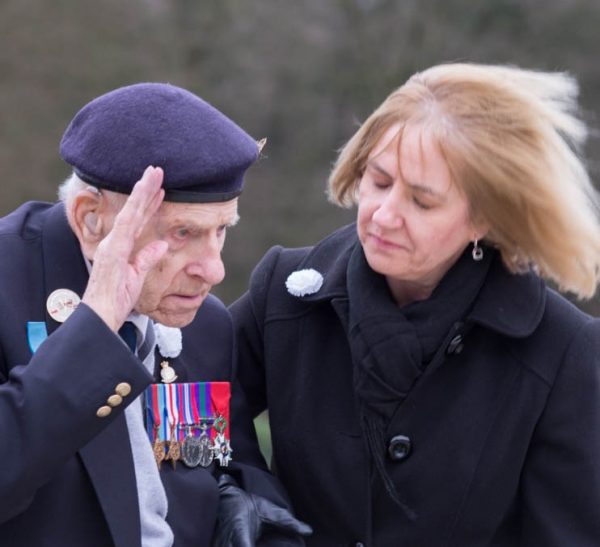 Bunny was one of five veterans invited to attend the series of events and commemorations. Also present were relatives of troops who never returned from the Battle of Nijmegen. The weekend included visits to Milsbeek War Cemetery and a battlefield tour of Groesbeek, lunch with the Mayor of Gennep, and a concert.

“He had a wonderful time. He always says he’s not a hero, and that the heroes are the ones that didn’t return. He feels it’s an honour to attend these events and pay his respects to the people that didn’t come home.”

Bunny, who is also a D-Day veteran, was born in Birmingham and returned there when he left the Army in 1947, living there until 2006. Today he lives with dementia at Royal Star & Garter in High Wycombe. In 2016 he was awarded France’s highest military honour – the Legion d’Honneur – as thanks from the government for his role in its liberation.

Royal Star & Garter is a charity which provides loving, compassionate care to veterans and their partners living with disability or dementia.

For more information about our Homes and the care we provide, go to: https://starandgarter.org/our-homes-and-care/life-in-our-homes/

Royal Star & Garter is a member of the National Care Forum