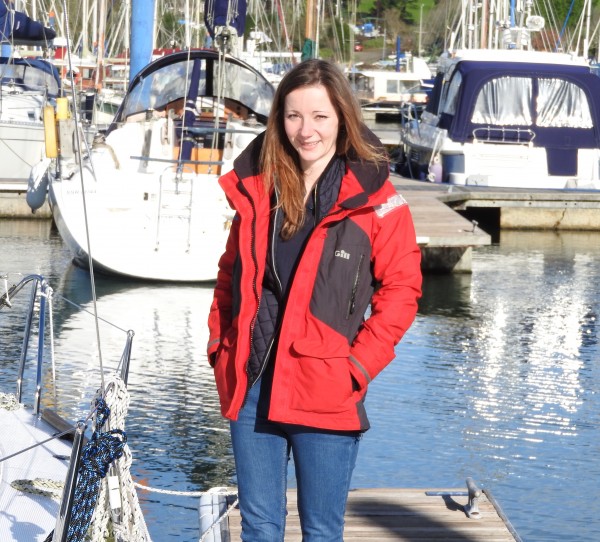 A talented young achiever who has played a key role in the growth of a sailing charity in Cornwall, has been recognised for her achievements.

Tamsin Mulcahy, 25, has been crowned one of the first ever winners of Cornwall 30 Under 30, a scheme which highlights the region’s brightest young talents.

Tamsin is Operations Manager at Turn to Starboard based in Falmouth, a charity helping military personnel affected by operations to gain sailing qualifications to help start new careers.

She said: “I feel humbled and honoured to be recognised as a winner of the Cornwall 30 Under 30 Awards. It’s fantastic that young people who choose to stay in the region have been positively recognised for their achievements. I love working with a great team who are just as passionate about what we offer, which helps keep me motivated each day.”

In addition, she was second in charge on a round Britain sailing expedition in 2016, a 2-month voyage on board a traditional wooden schooner with a novice crew of military veterans.

Shaun said: “Tamsin is a well-deserved winner of a Cornwall 30 Under 30 award and has played a vital role in the charity’s rapid growth since its conception. She has a calm authority and is an experienced sailor herself, with two transatlantic voyages under her belt.

“Tamsin also plays a key role in maintaining relationships with our major funders, which enables us to support those affected by military operations on a positive path for their future.”

Cornwall 30 Under 30 is a new award scheme run by Cornwall Chamber of Commerce in partnership with networking group The Hub, Business Cornwall Magazine and Avanti Communications.

Judges said they were overwhelmed with the standard of entries and the quality of young individuals working throughout Cornwall.

Cornwall Chamber of Commerce Chief Executive, Kim Conchie, said: “We want to highlight the great contribution being made by young people to Cornish commercial life and send a message to local businesses that it’s good to celebrate success and nurture the business leaders of tomorrow.”