You are here: Home / News / News / Your country needs…to thank you!

The Not Forgotten
commemoration, Remembrance, Veterans

Your country needs…to thank you!

National call to find and thank our forgotten WWII veterans 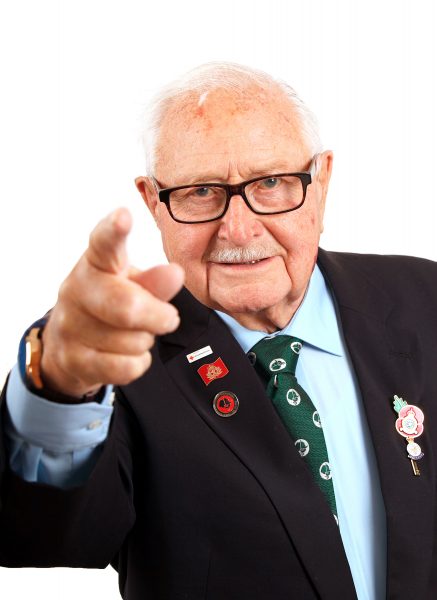 The Not Forgotten, a British Armed Forces charity for serving and ex-service men and women has launched the ‘Forgot You Not’ campaign to find and thank the country’s WWII veterans.

There is currently no definitive register of those who fought for their country in WWII, so the charity is asking for the public’s help in finding surviving veterans.

The charity intends to send a Forgot You Not gift box to 5,000 veterans to thank them for their service, lift lockdown spirits, remind them their service remains valued and let them know they are not forgotten.

The Not Forgotten is inviting veterans or their friends and family to come forward with their details. The charity aims to send up to 5,000 veterans a ‘goody box’ featuring a selection of specially produced commemorative items including edible treats and gifts that will entertain and amuse, including a memento featuring their forces’ sweetheart.

Commenting on the launch, Brigadier James Stopford, CBE, CEO, The Not Forgotten says:

‘While a sense of normality is returning for many, the harsh realities of the pandemic still exist for our veterans, who missed out on their 75th VE and VJ Day commemorations due to COVID-19.

We want to bring a bit of cheer and to thank them for all they gave and it is also an appropriate way to acknowledge 100 years of support by The Not Forgotten to those who have suffered and served their nation.”

The campaign is being spearheaded by 94-years young, Bernard ‘Bunny’ Ennis from Hampshire. A former rear gunner in the RAF he enlisted 1941 aged only 19 and came close to losing his life when his aircraft was shot down while flying a sortie over the Bay of Biscay.

Bunny is encouraging veterans to come forward and literally ‘got on his bike’ recently to help raise over £3,600 for The Not Forgotten by cycling 12.1km in seven days to raise money and awareness for the charity.

“2020 has been difficult for many, especially those shielding from COVID-19 and I wanted to help provide some support where I could.

“The Not Forgotten have done so much for me, and for others, so to help raise funds and awareness is a dream come true. I will continue to raise more money for as long as I can. In memory of all the lose servicemen and personnel, including the two of my brothers.”

The Not Forgotten gift boxes will be sent out at the beginning of October. Any veteran of the Royal Navy, Army, Royal Air Force and Merchant Navy who served during WW2 and who lives in the UK is eligible to receive the gift box. Details can be submitted online at https://thenotforgotten.org/how-we-help/forgot-you-not/ or sent to info@thenotforgotten.org. This information will not be shared and will be deleted once the project is complete.