You are here: Home / News / News / 100th air cadet set to fly for RAF’s centenary year thanks to the RAF Association 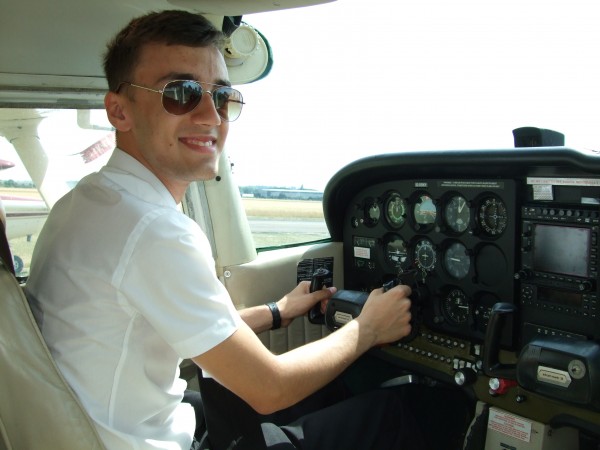 The RAF Association is preparing to send its 100th air cadet flying, with its 2018 Flying Scholarship programme. Coinciding with the RAF centenary year, six air-minded youths will be awarded flight training including the 100th recipient of the Flying Scholarship. However, cadets’ keen to apply must hurry, the closing date for all entries is 31 January 2018.

Through the scholarship programme, air cadets are given the opportunity to take to the skies, with one air cadet awarded 35 hours flight training in a light aircraft. Five runners-up will each receive 12 hours.

Scholarships are offered as a thank you from the RAF Association to members of the RAF Air Cadets who raise funds for the charity. The programme makes quite an impact on the talented recipients, who cover many air miles during their training, including flying to France.

“The beauty of organisations like the RAF Air Cadets and the RAF Association is that they don’t discriminate. Where you live, where you’re from, as long as you have the motivation and work hard, you’ll go far.”

See Karol in action at www.rafa.org.uk/flying-scholarships.

To apply for a scholarship, which is worth £7,905 (35 hours) and £2,404 (12 hours), visit rafa.org.uk/flying-scholarships and download an application form. Entries must be received by 31 January 2018. For full terms and conditions please see the website.

For more information on the work of the RAF Association visit rafa.org.uk

Whether it’s an injured airman fighting to get back on his feet, a young child missing their parent away on overseas operations, or a World War II veteran needing a shoulder to lean on, we are here to help all generations of RAF personnel and their families.  We also support serving families if they need us.  We give practical, emotional and financial support.

Across the UK in 2016 the Association carried out 13,800 home visits, helped tell thousands of bedtime stories to children whose parents were away on operations, and gave tailored holidays to 2,500 RAF veterans, widows and family at our Wings Break hotels. Our support ranges from simply providing conversation and friendship to preparing and submitting application forms for financial assistance.