Over £35,850 raised for Armed Forces at Royal Ascot this year 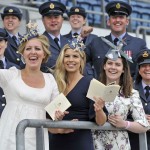 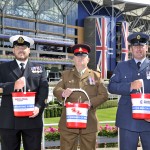 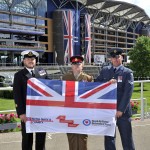 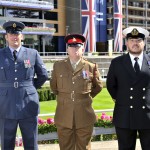 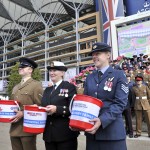 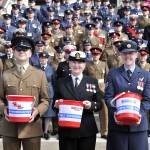 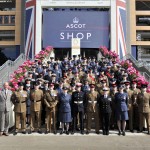 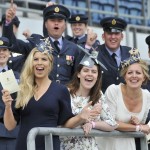 A staggering £35,850 was raised on the Friday at Royal Ascot for the three leading Armed Forces charities, the Royal Navy and Royal Marines Charity, ABF The Soldiers’ Charity and the Royal Air Force Benevolent Fund.

This money will go directly to the three charities which support military personnel, past and present, and their families in their times of need.

Over the last five years more than £140,000 has been raised at Royal Ascot for the three service charities.

Brigadier (Ret’d) Peter Walker OBE, Berkshire County Chairman ABF The Soldiers’ Charity, said on behalf of the three charities: “As always, we are so grateful to the Trustees of Ascot Racecourse for supporting this wonderful initiative. Each year, the generosity of the public is simply overwhelming, and this year was no exception.

“Our charities help the entire military family, from our oldest Second World War veterans to those serving at home and abroad today.”

Ashley Morton-Hunte, Corporate & Racing Communications Manager at Ascot, said: “We are delighted to be able to give something back to these three fantastic Armed Forces charities who do so much positive work for those in need. It is great to see our racegoers give so generously and we hope the relationship continues for many years to come.”

Wing Commander Paul Hewson, Regional Director at the RAF Benevolent Fund, said: “Our relationship with Ascot Racecourse gets stronger each year. The warmth and goodwill that the race-going public has for the armed forces is fantastic to see and the presence of military personnel in their best uniforms certainly adds to the Friday of Royal Ascot.  We are extremely grateful to the Trustees for continuing to support the armed forces and their respective charities in such a splendid way and very much hope that the relationship continues in the future.”

The Royal Navy and Royal Marines Charity (RNRMC) is the principal charity of the Royal Navy. It exists to support sailors, marines and their families, for life.  Since 2007 it has funded projects and facilities that boost morale for those who serve today. It also distributes millions of pounds annually to military charities who care for the children, families and veterans of the Naval Service.  For more information on The Royal Navy and Royal Marines Charity, call 023 9387 1520 or visit www.rnrmc.org.uk.

ABF The Soldiers’ Charity – the Army’s national charity since 1944 – supports thousands of soldiers, former soldiers and their families each year.  The charity makes financial grants to individuals in times of need and specialist charities supporting the wider Army family.  The need for support continues to grow.  For more information please visit www.soldierscharity.org, like us on Facebook at facebook.com/soldierscharity or follow us on Twitter: @soldierscharity.

RAF Benevolent Fund: The Royal Air Force Benevolent Fund is the RAF’s leading welfare charity, providing financial, practical and emotional support to serving and former members of the RAF, as well as their partners and dependants. We help members of the RAF family with everything from disability, injury, financial hardship and youth support to living independently and providing dignity in retirement.  For more information please visit:  www.rafbf.org, like us on Facebook: facebook.com/rafbf or follow us on Twitter: https://twitter.com/RAFBF