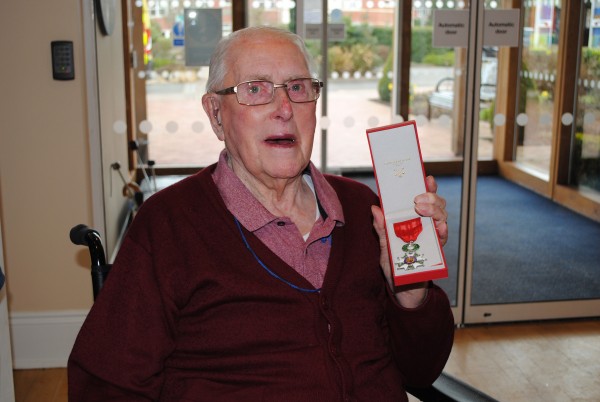 France’s highest military honour has been bestowed on Army veteran, Arthur Ogden. The prestigious Legion d’honneur medal was presented to Arthur for his contribution to the liberation of France during the Second World War. Arthur is a resident at The Royal Star & Garter Homes in Solihull, a Charity that provides specialist care for veterans and their partners who live with disability or dementia.

To celebrate Arthur’s award, the Home organised a tea party in his honour. During the party, the medal’s accompanying letter and Arthur’s awe-inspiring military history were read out to staff, volunteers and fellow resident’s all keen to offer their congratulations. 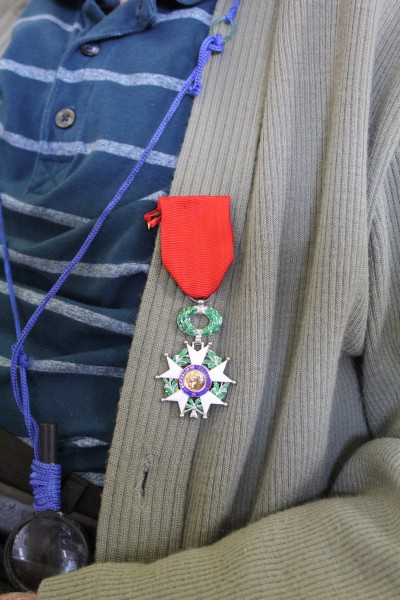 Arthur joined the Army in 1939 and served as a driver in the Signal Unit for the 1st Armoured Brigade. His regiment was attached to the Royal Dragoons and served in Europe and North Africa, where he recalls: “Shelling you can get used to, but not Stukas.” During his service in North Africa, Arthur fought at the battle of El Alamein. As eight hundred guns began to fire, Arthur recalls that: “They lit up the desert sky and the noise was terrific.” It is reported that the gunners’ ears bled.

In July 1944 Arthur’s regiment crossed the English Channel and to France. The regiment moved across France into Belgium, Holland and then Germany where Arthur was involved with the Allied crossing of the Rhine.

Arthur remains extremely humble about his contribution to the liberation of France and says, “I didn’t do anything extraordinary, I just got my feet wet! I was simply doing what needed to get done… What happened to me happened to hundreds of others and there is nothing special about my life in the Army – I was just a very ordinary soldier who was very lucky!” 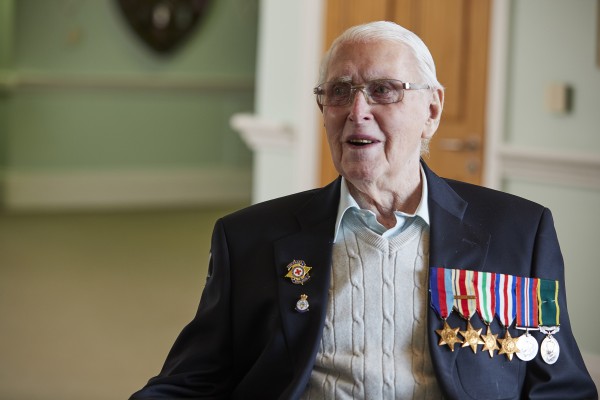