A military charity with a base in Sussex is preparing to host over 30 disabled Ukrainian athletes allowing them to train in the UK before competing at the Warrior Games in Orlando next month. 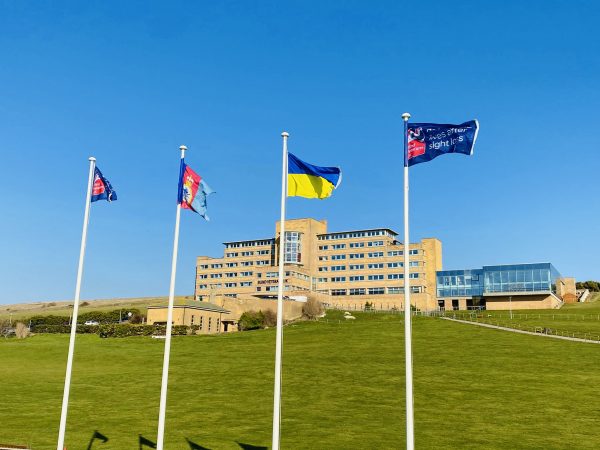 Blind Veterans UK’s Centre of Wellbeing in Ovingdean will host the athletes, as well as support staff, and also help facilitate the training by working with local sports grounds and clubs.

The Ukrainian team will be unable to bring almost any training equipment and clothing so Blind Veterans UK is calling out to any organisations and people in the area who might be able to support with donating or lending things such as cycling clothing, golf clothing including shoes, swimming kit including goggles, air rifle shooting and archery equipment, and hand bikes for training. The team will also require access to a 25m swimming pool in the area.

The team are also looking for support in producing Ukrainian competition kit to compete in at the Warrior Games.

The charity is requesting that anything donated or leant should be in at least a “near new” condition and anyone who believes they can support in this should email supporterservices@blindveterans.org.uk or call 0300 111 2233.

“We are proud to be doing what we can to support these athletes, many of whom are still serving in this war as we speak.

“Although our hosting of the athletes is separate to our planned long-term work, it follows our signing of a Memorandum of Understanding (MOU) between Blind Veterans UK, our research sister charity BRAVO VICTOR, and the Ukrainian Government. Both charities have made a declaration to support Ukraine in the provision of sight loss rehabilitation services and research.

“We are still first and foremost Blind Veterans UK and our work supporting Ukraine will not change that. This is an opportunity for us to step up and help where we can and hosting the Warrior Games team is another example of that.

“Our staff at Brighton and across the charity really are going above and beyond to ensure everything is ready for us to host the Ukrainian team and we are also getting great support from local organisations including Brighton University, The Sussex Bears Wheelchair Basketball Team, Burgess Hill Golf Centre, Brighton and Hove Buses, and Unbarred Brewery and we thank them wholeheartedly.”

The athletes will be training to compete in events including athletics, cycling, archery, and golf with competitors ranging from previous gold-medal winning experience to trying their sports for the first time.

As well as training the opportunity is being taken by BRAVO VICTOR to kick-off some preliminary research work with these veterans. Chief Scientific Officer of BRAVO VICTOR, Professor Renata Gomes, said:

“We have unique and exclusive access with the permission of the Ukrainian government, to carry out a body of work aimed at understanding past, current and future needs of the Ukrainian veteran population, this is a great opportunity to do some foundation work.

“We are delighted to play an active role in supporting the team achieve their sporting goals and, in addition, undertake some initial research that will ultimately help deliver rehabilitation and service provision for injured veterans, wounded civilians and their families back home in the Ukraine.”