You are here: Home / News / News / Celebrities ‘Root For Rosie’ 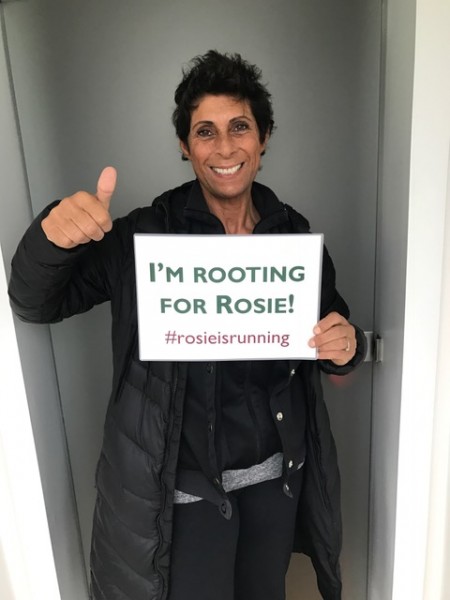 The Not Forgotten Association’s Head of Events Rosie Thompson is running in the Marathon des Sables in April this year to raise funds for injured service men and women. After completing many fundraising half and full marathons in the past, raising over £170,000 for the charity, Rosie wanted to set herself a tougher challenge. Her motivation and inspiration is the courage, bravery and determination of the many wounded, injured and sick service men and women she meets at NFA events and activities.
She has certainly ‘upped the ante’ this time and will be running 270 kilometres over seven days through the Sahara Desert in ‘the toughest footrace on Earth’ aiming to raise a further £27,000. Running with her will be Martin Wilson who sustained life-changing injuries in Afghanistan in 2011 whilst serving with 2 Para. The NFA’s support has helped Martin to overcome the effects of his injuries and, in his words, has ‘given him a purpose’.

To help her reach her fundraising target, some of the NFA’s celebrity supporters will be giving their backing and will feature in the charity’s social media activity over the next few weeks. To find out more or make a donation, visit Rosie’s dedicated Facebook page www.facebook.com/rosieisrunning
URL: http://www.nfassociation.org/celebrities-root-for-rosie/