Following recent UK and Omani Government guidelines on Covid-19, leading military charity, Walking With The Wounded, has announced the delay of its upcoming expedition, The Grenadier Walk of Oman, to the Autumn. 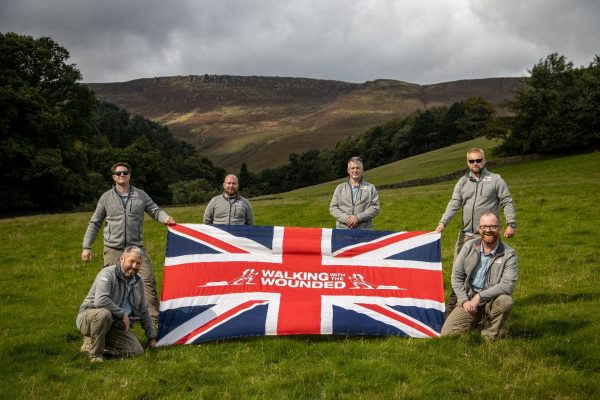 The expedition will now run in the Autumn to ensure the safety of the team and those around them.

Originally due to begin on 18 February, The Grenadier Walk of Oman is the charity’s 6th international expedition, raising awareness and funds for Walking With The Wounded’s employment, mental health and care coordination programmes for ex-military and their families.

It will follow the journey of a group of six serving and ex-military personnel as they trek across the Omani desert in the footsteps of legendary British Army explorer Wilfred Thesiger. The team will walk 400km across the great sands, pulling a 100kg cart with limited provisions. Serving members of the Omani Armed Forces will also accompany the team.

Since the charity was founded in 2010, Walking With The Wounded has organised and run ambitious expeditions to the North Pole, South Pole, Everest and across Britain and the USA to demonstrate the determination and skills of wounded ex-military.

Each expedition incorporates teams of ex-servicemen and women with physical and mental injuries and is entirely funded by corporate partners.

“The global coronavirus pandemic has caused many events both in the charity sector and beyond to be put on hold. Whilst it is disappointing to announce a second delay to the Grenadier Walk of Oman expedition, we must follow government guidance both in the UK and Oman. The safety of the team and the support team is critical. The team will continue their training as we all look ahead to the new date in Autumn 2021. I would like to thank the expedition partners in the UK and Oman for their ongoing support of Walking With The Wounded and the Grenadier Walk of Oman.”

“We are fully supportive of the efforts made by the team at WWTW and in Oman.  These are challenging times for everyone, but they can only be overcome by close collaboration and by ensuring everyone involved is kept as safe as possible.  We look forward to working closely with the participants and organisers towards this exciting expedition!”

The Walk of Oman is supported by The Duke of Sussex in his role as the official Expedition Patron, along with support from the Royal Office of HM Sultan Haitham bin Tarik and in partnership with the Omani Armed Forces.