You are here: Home / News / News / DMWS provides a unique service to fill the welfare gap

DMWS provides a unique service to fill the welfare gap 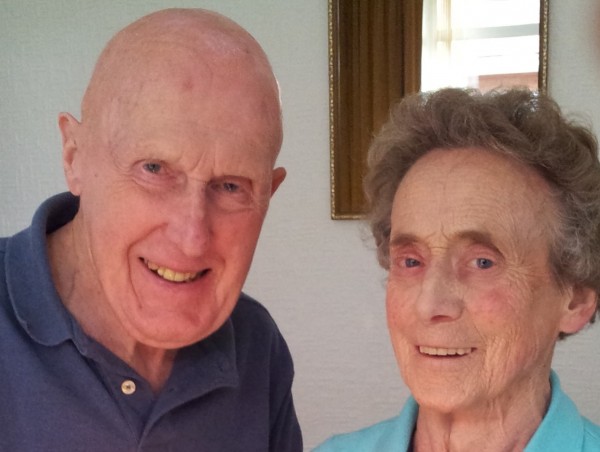 James Evans and his wife

According to Sir James Lawrence Munby, President of the Family Division of the High Court of England and Wales the practice of separating elderly couples against their wishes when one or both move to care homes must end (The Times, 10 May 2017). The Defence Medical Welfare Service has been providing welfare to the Armed Forces community when they are on a medical care pathway since 1943 and has recently launched several projects to support the Aged Veteran community. Our Welfare Officers are acutely aware of the challenges faced by aged veterans and are well place to offer tailored support. 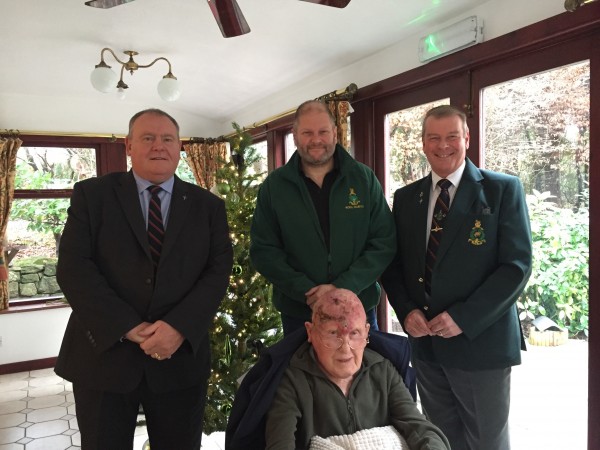 Being aware of the devastating consequences a separation of couples who have spent decades together can have, DMWS Welfare Officer Jane Ashton made a huge difference to Royal Marines Veteran James when he was faced with this prospect. 90 year old veteran James was diagnosed with skin cancer and was given a prognosis of weeks to live. Jane accompanied him to appointments and was there when he received the terminal diagnosis and supported him and his family. James, who was caring for his sick wife before he himself was admitted to Wythenshawe Hospital, was very concerned about how she was coping without him. He was struggling to come to terms with his terminal diagnosis and Jane was there to listen and to guide him. James was feeling extremely low, having to come to terms with his own mortality. Having a background within the Forces, Jane managed to get James to open up and talk about his times in the Royal Marines, which made him smile and chat. Reminiscing about the good times made him forget his current situation for a little while, something he could not do with the nursing staff. 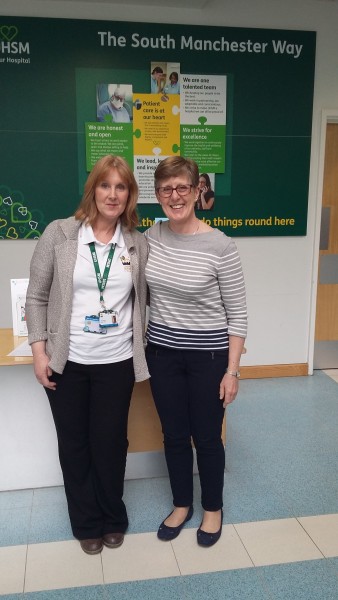 This is when discovered that James was extremely anxious about being separated from his wife, as in their 60 years of marriage they had never been apart. During his hospital stay James’s wife went into a care home as she was unable to look after herself at home. Due to limited accommodation and different care needs James himself was to be moved to a different care home “The Corn Mill” in Garstang as soon as he was well enough to leave hospital.  He repeated his desire to see his wife, hold her hand and be with her when he dies. He used to say: “I want to be with my lady. I want to see her; I want to be with her”.

Sadly, is it not uncommon that elderly couples are separated late in life due to a lack of rooms and/or different nursing needs, as highlighted in a recent BBC Article: “Judge criticises ‘inhuman’ separation of elderly couples”, 10 May 2017

To ensure James’ last wish – to be with his life-long companion in his final days – be realised, Jane and his daughter liaised with the Corn Mill care home. As a former Royal Marine, James would also get support from the Royal Marines Association (RMA) and Jane contacted them to find out if they could help to ensure the care home could accommodate the couple. The RMA offered financial help to try facilitating this; however money was not an issue.  After many talks a solution was found where the Con Mill proposed to transform a room that was not normally used for residence. Jane said: “I was thrilled when I found out that James would soon be with his wife again, it would have broken his heart to be separated from her. I commend the Corn Mill for going above and beyond to ensure that the couple could spend their final days together in the way they wished to.”

Sadly James’s wife contracted pneumonia and was admitted to hospital. She died only 12 hours before she was due to join James at the care home in Garstang. Jane was there to provide comfort to the entire family, she gave support and guidance to the bereaved.

With the death of his wife James’s reason for living had gone and he became even more depressed and withdrawn. Knowing how much James enjoyed his time in the Royal Marines, Jane contacted the Royal Marines Association. The RMA were amazing, visiting him with books on the Royal Marines and encouraging him to talk about his training in Devon. They also arranged for a green beret to be sent to him, which he received just days before he passed away.

Paul Deacon, RMA Chairman & Trustee [Northern Region] and a former Royal Marine himself remembers: “ Together with Ron Bell [National Chairman] and Bob Wareham [Blackpool Chairman] I had the privilege to meet James in his care home and I am pleased that our [RMA] visit helped in some small way to raise James’s spirit.

It was an honour to have attended his funeral to commemorate his life, as a branch we were able to provide a Bugler [Bob Wareham] and Standard Bearer [Malcolm Dove].”

Jane attended his funeral. She said: “I witnessed the very positive impact a military addition can make to the family, The Marines provided a bugler to play the last post, a standard bearer who stood through the entire funeral holding the standard, and the green beret sat proudly on the casket.”

James’s story reminds us about the heroism of those who fight for their country in conflicts around the world. Life after the Armed Forces can still prove difficult, especially for older veterans if they fall ill and need hospital treatment.  DMWS is proud to deliver a well-deserved medical welfare service to the Armed Forces community and we leverage our strong network with our partners. We are very proud to have worked alongside The Royal Marines Association, The Royal Marines Charity, Wythenshawe Hospital and The Corn Mill care home to ensure the best possible support for James and his family. It demonstrates the effectiveness of charities and other organisations working together.

James’s family said: “We will never forget how kind and thoughtful Jane has been. Her effort to put us in contact with the Royal Marines Association has been priceless.

“Having DMWS involved in the mysteries of dealing with an aged Parent has been incalculably supportive. We are not skilled in dealing with this situation and would not know where to go or whom to see. We cannot thank the DMWS enough for making sure this type of support is available.”

The Defence Medical Welfare Service (DMWS) was formed form the joint War Committee of the British Red Cross and The order of St John in 1943. For over 70 years the Charity has been providing an independent and impartial medical welfare service to the Armed Forces Community. Recent new projects with organisations such as the police, the NHS and the probation service demonstrates the broad appeal of the organisation and its application to a wide set of frontline services.

The Defence Medical Welfare Service launched a pilot scheme in 2016 to support Aged Veterans in the Greater Manchester Area when they are in hospital or receiving medical treatment. Our Welfare Officers are aware of the challenges veterans face and can make an independent early need assessment, or just offer a listening ear and somebody to talk to in confidence. They identify issues that may affect a patient’s well-being and then signpost and support referrals to other charities and voluntary organisations. As well as supporting veterans themselves, we liaise with and support family members and are able to support the bereaved and terminally ill. With some 25,000 members of the armed forces community who are aged 65 years and over living in the area our service is well place and has already led to some excellent results.

About the Royal Marines Association:

Whether a member is just starting their career with the Royal Marines; serving full-time or with the Reserve; preparing for civilian life or already there, belonging to the Royal Marines Association puts them at the very heart of the Royal Marines Family. Additionally, the RMA is here to support the entire Corps Family – serving, retired and their families. No matter what stage of your career or life, you can always turn to us for help. Our telephone number is 023 9265 1519 or visit our website at www.royalmarinesassociation.org.uk