You are here: Home / News / News / His First Tour was his Last

His First Tour was his Last 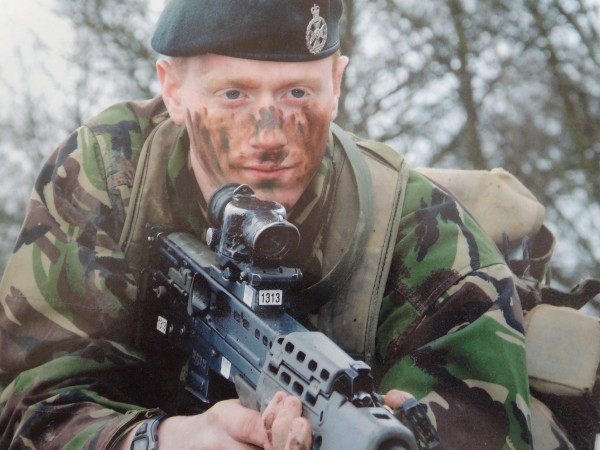 Armed Forces Day is an opportunity to honour the bravery and commitment of British Service personnel both past and present. At this time, we think of the veterans cared for by The Royal Star & Garter Homes and share their stories of sacrifice and courage. One soldier, Stephen, was just 19 when he was severely wounded on his first tour of duty in Iraq. Now 29, Stephen receives specialist care from The Royal Star & Garter Homes.

Stephen enlisted into the Army in 2006 “Because I wanted to make a career and to push myself.” He liked the “structure and focus” of Army life. 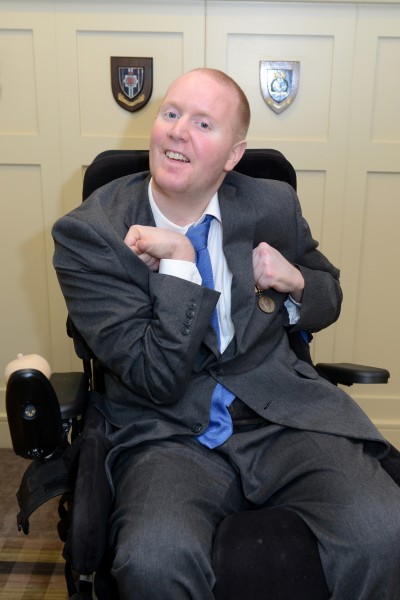 After completing training, Stephen, of 4th Battalion The Rifles, was deployed in 2007, initially to Kuwait, then Iraq. He was 19 when he was wounded by a mortar bomb blast while serving in Basra. He received brain injuries which left him severely disabled. Following rehabilitation, Stephen requested discharge from the Army in 2009 when he recognised that he had no future career in the Armed Forces. He has an Iraq Service medal.

Stephen’s disability means that he uses a wheelchair. His speech is limited but he is adept at using a tablet to communicate or simply a swift thumbs up or down. Stephen’s strength and courage are striking – as is his great sense of humour and compelling laugh.

Today Stephen receives regular respite care at The Royal Star & Garter Homes where he finds the care “Excellent.” He is sociable and enjoys the activities in the Home or simply watching sport with other residents. He’s a keen Fulham supporter and was a boxer in his youth, so sport and keeping his body strong by attending regular physiotherapy at the Home is very important to him, helping him to maintain his wellbeing and control pain. He has lots of friends both locally and from his military past who keep in contact and who are very supportive: “Friends for life,” as Stephen says.

Despite the high level of care Stephen now needs, he and other residents will be attending the raising of the Armed Forces Day flag to show support for fellow veterans of the British Armed Forces. New residents will receive an HM Armed Forces Veterans’ badge to commemorate the part they played in safeguarding our nation.

The Charity provides award-winning care for veterans and their spouses who live with a disability or dementia.