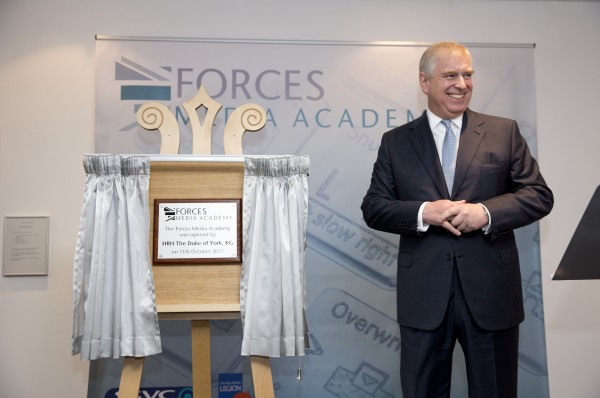 The first intake of students at the new Forces Media Academy met The Duke of York yesterday as he opened the state-of-the-art media facility.

The Duke of York, who is Royal Patron of SSVC, spoke to the students during a tour of the Academy.

He said: “To provide a course like this, for either retiring or leaving veteran service personnel, is absolutely second-to-none. There are a number of media organisations in this country, who are looking for additional skills…They are looking for core skills of resilience, the ability to be able to deliver work unsupervised and to be able to get on with things in a way that the servicemen and women can do.”

Sophie Maynard from Hertfordshire is one of the Academy students and had the unique opportunity of interviewing The Duke of York herself. 24-year-old Sophie joined the Royal Navy in 2014 and served for three years. 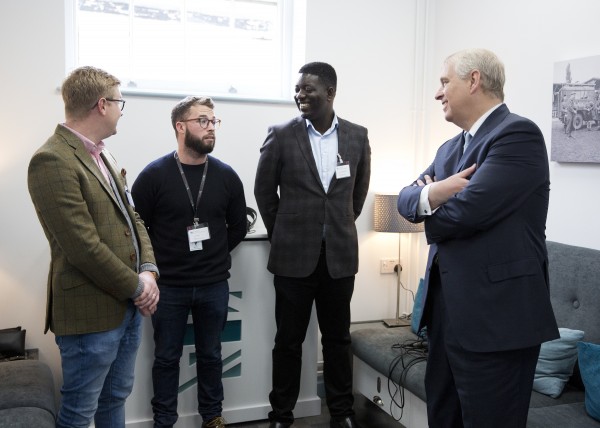 (left to right) Students Freddie Wright-Jones, Joe Healey, and Anthony Bart-App with HRH The Duke of York, at the opening of the Forces Media Academy.

She said: “It was a great honour to meet The Duke of York, especially as he served in the Royal Navy too, what a fantastic way to kick-start my education in media. It also made me realise that I am no longer camera shy, and presenting and interviewing is now an area I wish to pursue when I complete the course.”

The Forces Media Academy is providing ex-service personnel with the training, experience, and qualifications they need for future careers in videography, digital, TV or radio. The students have been selected for their aptitude and passion for the media and come from a diverse range of services, ranks and backgrounds.

Forces Media Academy Director, Alistair Halliday, said: “It’s been a great opportunity to share our vision with His Royal Highness, our military guests, and our friends in the media industry.

“Our aim is to grow the Forces Media Academy and build a world-class learning environment for service leavers and veterans, enabling them to have successful careers in media after their time in the Forces.

“At SSVC we cover all areas of broadcasting, so we can create bespoke courses where our Academy students learn in a live media environment alongside full-time professionals.” 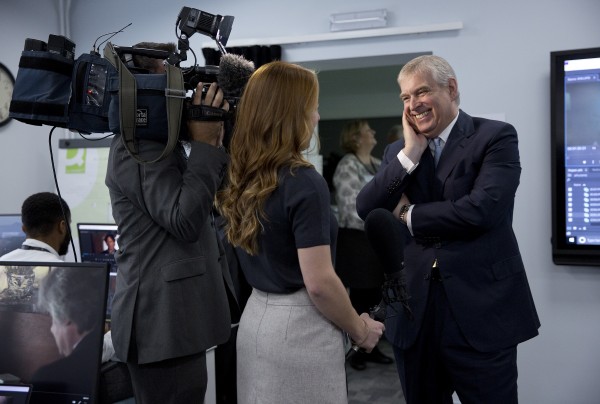 Student Sophie Maynard, left, and HRH The Duke of York, at the opening of the Forces Media Academy.

The Forces Media Academy is open to anyone who has served, whether in the Regulars or as a Reservist. And personnel with an aptitude for and keen interest in media can now apply for the September 2018 intake if they are in their last year of service.

The free HNC course has been funded by the Chancellor’s LIBOR Fund. The Forces Media Academy’s principal charity partner, The Royal British Legion, has also given each student an £18,000 bursary to assist with living costs.

The Royal British Legion’s Director of Operations, Antony Baines, said: “The Forces Media Academy is an innovative project that builds on the existing and highly transferrable skills of those who serve in HM Armed Forces, to help further their Civvy Street careers. The Royal British Legion is eagerly following the first cohort’s progress, and we are proud to provide bursary funding to make the course accessible to as many future media professionals as possible.”

For more information and to apply for the course in September 2018, go online to www.forcesacademy.com.

The Academy was set up with a £1.8m grant from the Chancellor’s LIBOR Fund. The Royal British Legion has contributed £800,000 to support the Forces Media Academy which offers veterans a unique opportunity to gain new skills and qualifications in media production after leaving the Services. The contribution from the Legion will cover the living expenses for 15 academy students annually for the next three years. Forging new careers and developing different skills after the Armed Forces can be challenging and the Legion is dedicated to supporting veterans’ transition back to civvy street at any point in their lives.

The Forces Media Academy is run by SSVC, the charity which runs the British Forces Broadcasting Service (BFBS) and Forces TV. SSVC is a not-for-profit organisation, founded in World War II and specialises in providing media services to the UK Armed Forces.

SSVC remains dedicated to informing, entertaining and connecting the military abroad and at home. SSVC’s mission is to champion the Armed Forces and keep them in the public eye. SSVC makes a vital contribution to Service morale and welfare and specialises in communicating effectively with the wider armed forces audience.

Our services include, but are not limited to: