You are here: Home / News / News / Manager of hotel for RAF veterans in the running for care awards

The manager of a hotel in Weston-super-Mare for RAF veterans and their partners has made the final of a national care award. 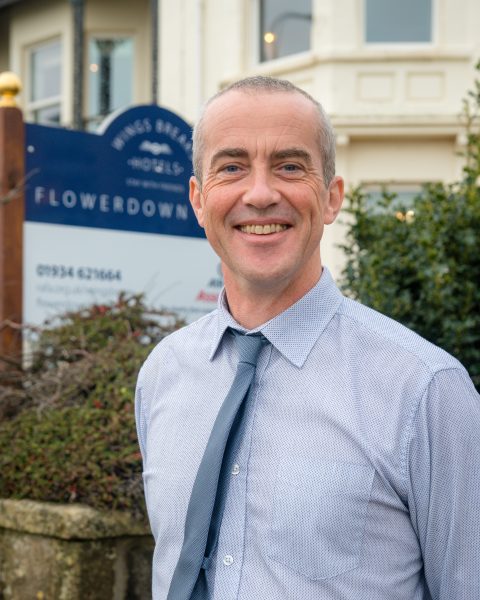 He is one of three finalists for the award, which recognises achievements of individuals, care providers and community groups within the care sector.

“It’s a real privilege to have made the shortlist of these awards. My staff and I work tirelessly to make sure Flowerdown House is a place where veterans feel comfortable and at home when they visit us on a holiday break.

“The needs of our guests, which can include anyone who has served in the RAF and their immediate families, are varied and we are always looking to improve our services or bring in external partners to facilitate these needs.”

The winners will be announced at an award ceremony presented by Rebecca Wilcox and Dame Esther Rantzen on Friday 6 December at the London Marriott Hotel.

The RAF Association is the charity that supports the welfare of RAF personnel, veterans and their families.

Flowerdown House can accommodate up to 35 guests in 18 single, double and twin rooms, with plenty of provision for people with disabilities, and offers live entertainment three nights a week, plus regular trips out in a specially adapted minibus.