You are here: Home / News / News / Prime Minister salutes the Soldiering On Awards as the 2021 finalists are revealed

At the beginning of Armed Forces Week, The Prime Minister joined the ranks of Soldiering On Awards supporters as we announced our 2021 category finalists. See the full list here: https://www.soldieringon.org/2021-finalists/ 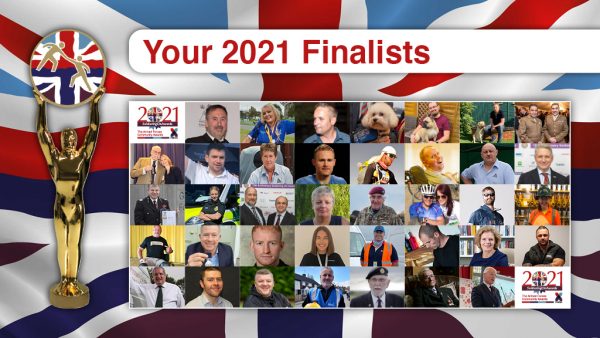 The finalists have been chosen from a record-breaking 275 individuals, partnerships, and organisations nominated for an award. This is the highest number in SOA’s 11-year history and a 20% increase from 2020.

The Prime Minister was also joined by Chief of Defence People, Lieutenant General James Swift OBE and Minister for Defence People and Veterans, Leo Docherty MP, in congratulating and showing their recognition for the Awards and the 2021 Finalists.

“The Soldiering On Awards is an important, regular event in the life of the armed forces community and I am honoured to give the awards not only my support but the firmest of congratulations.

“Whatever your connection to the armed forces, we as a nation salute your extraordinary achievements and express our profound gratitude for everything you do for the people who keep us safe and secure.

“And it is for all that, and more, that I am proud to salute the Soldiering on Awards and thank Ren Kapur and her team for creating a process which showcases the talent and abilities of all of you who make up the armed forces community. As we know, the United Kingdom is the best place to be a veteran anywhere in the world.”

“Last year I was delighted to announce the winner of the Family Values Award at the 10th annual SOA celebrations. Difficult to believe we are at that time of the year where we are now announcing the finalists for the 2021 awards. These awards never cease to amaze, shining a spotlight on the great work that goes on in the armed forces community to support one another. Across 12 categories we have 38 finalists. I hope people will get engaged in the public voting later in the summer for the Inspiration, Sporting Excellence, and Animal Partnership awards. And I look forward to finding out the winners in October. Best of luck everyone.”

“The Soldiering On Awards is such a great opportunity to recognise some of the heroic work that goes on in the sector. I’m really proud to be associated with it and I fully encourage you all to show your support for these incredible individuals and organisations.”

To ensure the judging process was as fair as possible, earlier this year SOA announced a diverse mix of new judges, with representation from all three services. We can now announce an equally diverse group of finalists, ranging from age 22 to the incredible age of 102! See this amazing list of Finalists here: https://www.soldieringon.org/2021-finalists/