England and British lions’ rugby star Tony Underwood will be visiting the Royal Marines Commando Training Centre, (CTCRM) near Exeter, alongside SSAFA Devon on Thursday 7 April to address some of the toughest troops in the world. 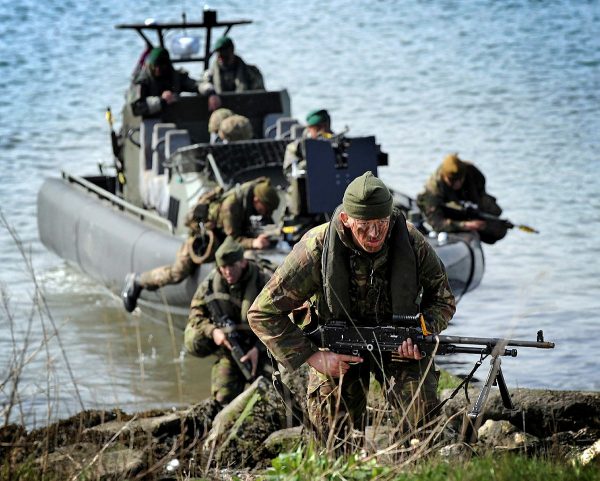 Having won his first England cap in 1992 against Canada, Tony went on to represent his country a further 26 times. He was also capped for the British lions against South Africa and New Zealand.

It was during the 1995 World Cup that friend of SSAFA Devon Tony first experienced the massive highs and lows that life in the public eye, can deal out. He scored what has been described as one of the best tries in the game’s history during England’s quarter final defeat of Australia, only to be trampled underfoot a week later in the semis by the famous, rampaging All-Black Jonah Lomu.

“Dealing with going from hero to zero with the eyes of the rugby world looking on was a difficult personal lesson, but it was a good lesson to not let that define me and it has actually helped me in life ever since”.

Retiring from rugby through injury, Tony trained to become a commercial airline pilot with EasyJet, later transferring to Virgin Atlantic and ultimately achieved his ambition of becoming a Captain flying the massive Airbus A380 with Emirates out of Dubai.

During the Covid-19 pandemic, himself and many other pilots suddenly found himself out of a job. Teaming up with notable figures from industry he formed The Wordplay Group Ltd. and now provides training in human performance and engagement to assist clients to mitigate the impact of unanticipated threats.

There can be no better audience for his message than the young men and women of the Royal Marines who are often called to perform at the highest levels under extreme and dangerous circumstances.

Tony is a friend of SSAFA, the Armed Forces charity and he takes every opportunity to assist the Devon branch in their work caring for serving and retired members of the Armed Forces and their families.

“I have the greatest respect for the men and women of our armed services who give so much for the protection of our country. Threats abound these days and the work these amazing people do should be widely supported and I’m very grateful to have the opportunity to do my bit through SSAFA Devon.”

For more information about SSAFA Devon contact Claire on 01392 254611 or visit ssafa.org.uk/devon