A very special dinner took place in the Painted Hall at the Old Royal Naval College in Greenwich to commemorate the victory of the Battle of Trafalgar and the death of Lord Nelson, hosted by the Royal Navy and Royal Marines Charity (RNRMC) and the White Ensign Association (WEA) and attended by Patron of the RNRMC, Her Royal Highness The Princess Royal, with the BBC Security Correspondent and author, Frank Gardner, giving the immortal memory toast. 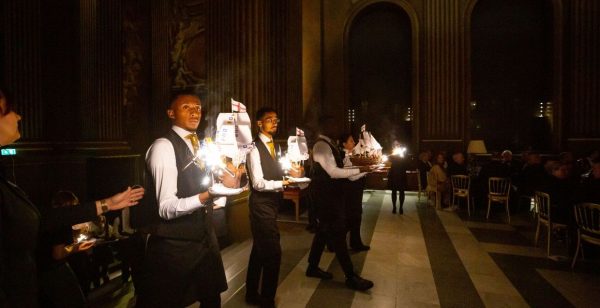 This annual commemorative event is a grand affair which includes Naval traditions such as the ‘Parading of the Beef’ and chocolate ships known as ‘Ships of the Line’ as well as witnessing mess beatings by the Corps of Drums from the Royal Marine Band Service and the singing of sea shanties.  The dinner brought together over 330 people, made up of supporters, local Greenwich residents, industry partners and members of the Royal Navy, to recognise the role of the modern sailor and marine in support of the United Kingdom and the work that both charities undertake to assist the Naval Community. 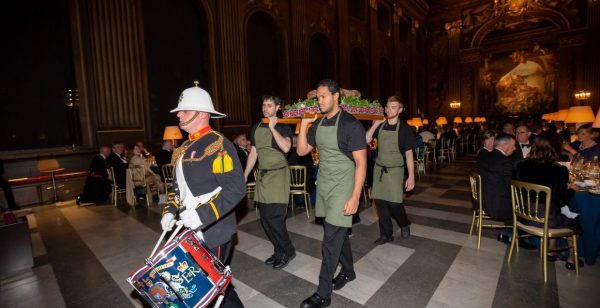 The global footprint and demanding operational tempo of today’s Royal Navy is matched by that of reach and helping handed provided by both the Royal Navy and Royal Marines Charity and The White Ensign Association.

“It was an absolutely fantastic event and one which will stay with me for a long time to come.  I feel very privileged to have been able to attend”

“We are proud to have co-hosted the 1st inaugural Trafalgar Night Dinner with The White Ensign Association in the newly restored and iconic Painted Hall.

“Horatio Nelson was a national hero and Trafalgar a most Britannic victory, both of which hold universal appeal to this day and 214 years on this story still resonate with serving personnel, veterans and civilians alike.

“The Royal Navy today, and even more so the Royal Navy of the future, has an enormous national and global role to play and we are honoured to be able to support our naval communities alongside the White Ensign Association.” 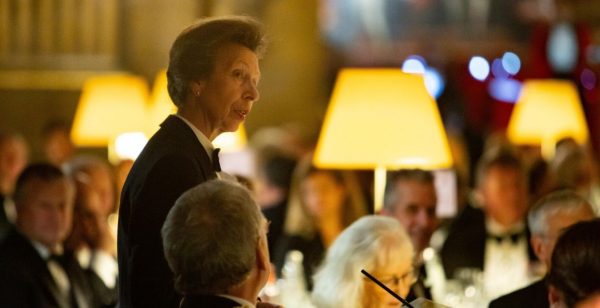 “At Lockheed Martin, we never forget who we’re working for, nor do we forget those that have made the ultimate sacrifice in conflict.  Our commitment to the Royal Navy and Royal Marines charity (RNRMC) helps to maintain much needed support to sailors, marines and their families throughout their lives, and at the times they need it the most.

“During the Trafalgar Night Dinner in London, we were reminded of the bravery of Admiral Lord Nelson and all of those who put their lives on the line to keep us safe, not just in 1805 but throughout history and up to the present day.”

For more information on the RNRMC visit rnrmc.org.uk

For more information on the WEA visit whiteensign.co.uk

From life changing grants during times of immediate need, to smaller deployment grants that aid morale and retention – the RNRMC works hard to ensure that no one is forgotten.

For more information on the Royal Navy and Royal Marines Charity, call 023 9387 1543 or visit www.rnrmc.org.uk