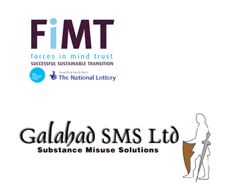 Forces in Mind Trust has awarded a grant of £175,800 to Galahad SMS Ltd (Galahad), to conduct a study exploring the experiences of those who have been discharged from the British Army for drug use.

This is the first piece of research that looks specifically at the effect that a discharge, due to a failed drug test, has on the Service leaver and on their family. The 18-month study will address the current lack of data relating to ex-Service personnel’s misuse of drugs and the impact on all areas of transition.

Galahad has worked with the MOD since 1997, conducting numerous studies on drug, alcohol and steroid misuse. Due to its ongoing work with the MOD, Galahad has unique access to soldiers, including those who test positive on a compulsory drug test (CDT) before they leave the Army. This study will, for the first time, track a cohort of CDT positive soldiers for up to one year.

The aim of this research is to assess the impact of a CDT discharge on subsequent substance misuse, mental health and overall readjustment to civilian life.   To do so, this study will, for the first time, track a cohort of CDT positive soldiers for up to one year.  Among other issues, the study will explore pathways into and out of substance misuse, and reasons underlying the misuse.

Dr Anne Fox at Galahad said: “We are delighted to be working with the Forces in Mind Trust and the King’s Centre for Military Health Research on this unique research project and grateful to them and to the Big Lottery Fund for this exciting opportunity. Although several studies have focussed on substance misuse among serving soldiers and among all veterans, no study has investigated the impact of a CDT discharge on subsequent substance misuse, mental health and overall readjustment to civilian life. An increased understanding of how, when and why soldiers use illegal substances (and misuse alcohol) will also assist the Armed Forces with prevention, rehabilitation and resettlement efforts. ”

Ray Lock, Chief Executive of the Forces in Mind Trust, said: “There’s a clear lack of evidence on the challenges faced by Service leavers who have been discharged after failing a compulsory drugs test. This group may not attract much sympathy for their circumstances; but many will have served their country selflessly and in any case we owe it to society to ensure that they and their family’s transition to civilian life is as successful as possible. This study offers the opportunity to better understand why soldiers may start taking drugs in Service in the first place, and what may be done to dissuade others from doing so in the future. It will also give important insights as to the impact of discharge due to substance misuse, from which we will identify how to improve the chances of successful and sustainable transition.”

FiMT came about from a partnership between the Big Lottery Fund (‘the Fund’), Cobseo (The Confederation of Service Charities) and other charities and organisations.  FiMT continues the Fund’s long-standing legacy of support for veterans across the UK with an endowment of £35 million awarded in 2012.  http://www.biglotteryfund.org.uk/.

FiMT awards grants (for both responsive and commissioned work) to support its change model around 6 outcomes in the following areas: Housing; Employment; Health and wellbeing; Finance; Criminal Justice System; and Relationships. All work is published in open access and hosted on the  Veterans’ Research Hub.  A high standard of reportage is demanded of all grant holders so as to provide a credible evidence base from which better informed decisions can be made.

Between 1995 and 1997, Dr Fox and Simon Bradley were involved in the MCM Research studies into Drugs and Alcohol in the British Army in the late 1990’s. In 1996, the research was widened to underpin the CDT (Compulsory Drug Testing) program and to identify and develop approaches to drug education that would work in the Army.