Support that leaves no one behind.

As an island nation dependent on the seas for 95% of our trade, the UK needs a strong Royal Navy; and as the vital amphibious element of the RN, the Royal Marines are a key component of the nation’s defence.

Despite withdrawal from Afghanistan, the Royal Marines remain deployed on duty serving the nation around the globe 365 days a year – whether on anti-piracy duties, protecting the nuclear deterrent, guarding embassies, or on Special Forces operations. The Royal Marines form 49% of UK Special Forces personnel and have won 211 national-level gallantry and meritorious service awards, including 25% of all gallantry awards made during the Afghan campaign.

We are the Royal Marines’ own Charity, and are uniquely placed to understand, respond and react, enabling Marines and their families to overcome their challenges, from life changing injury or limiting illness, to mental disability, transition to civilian life and even poverty. We can target support to
ensure no one is left behind. The Royal Marines Charity is a proud part of the Royal Navy and Royal Marines Charity, the overarching Naval Service charity. We work in close co-operation with the Royal
Marines Association in service of the Corps Family. Together, we provide camaraderie, welfare and amenity grants, benevolence support, transition and employment assistance, and enhancement of ethos and heritage. 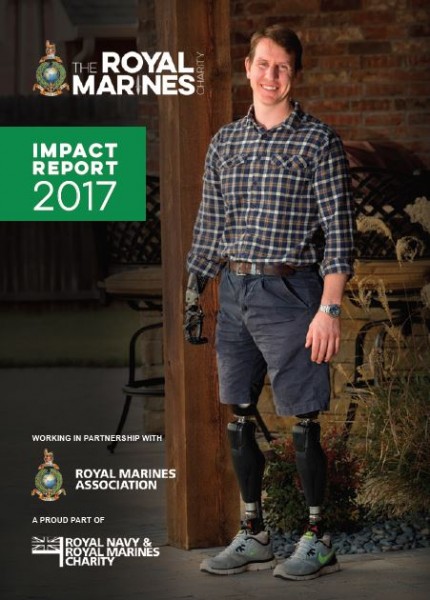