You are here: Home / News / News / Forward-Looking Initiative Offers Affordable Wills for All 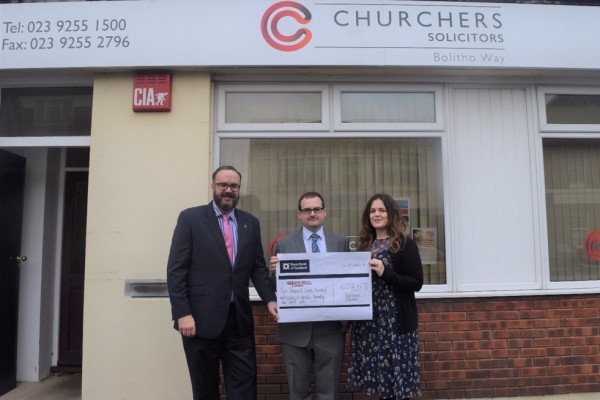 A national charity has joined forces with local solicitors for an initiative that offers affordable will creation in exchange for charitable donations.

The Royal Navy and Royal Marines (RNRMC) ‘Make a Will Fortnight’ project asks solicitors from across the south coast to waive their fees on standard Wills. In exchange, those who require the service are instead encouraged to make a charitable donation to the RNRMC.

Between May and June 2017 three established local firms were involved across six locations in Hampshire. Within the fortnight, the firms of Churchers, O’Hara’s and Walter Grey & Co managed to generate 60 appointments and 51 donations from individuals and couples.

As a result, the solicitors involved helped raise almost £7,000 in charitable donations that contributes directly towards supporting sailors, marines and their families, for life. For the solicitors involved the project helped introduce new clients to their firm, particularly from the military community as well as extended the philanthropic arm of their businesses.

Speaking about their recent experience with ‘Make a Will Fortnight’, Lauren McIntosh, an Associate from Churchers Solicitors said:

“Being a community based firm in an area where the military plays such an important role. This is a cause which we view as incredibly worthwhile. As a firm we offer discounts to military personnel and we were very pleased to support them further with this scheme.”

“We are extremely pleased to have been able to fundraise so successfully for this valuable cause, while helping give individuals the peace of mind that their affairs have been arranged.”

The project will continue again in 2018 from between 12th February to the 25th February and will for the first time include residents and solicitors based in Plymouth.

Discussing her experience of recently making a will, Sara Field, an HR and Office Manager from Portsmouth said:

“I first heard about the Make a Will Fortnight through my husband Bob who served in the Royal Navy for over 30 years. The initiative was really easy to do. I spent half an hour going through the will and it was then followed up two weeks later and arranged to see the final version of the Will- it was that simple.

“The Make a Will Fortnight is something that you can do really easily and it will take very little of your time and it’s also very affordable. You’ll have peace of mind that that side of your affairs are in order and it is done. Plus, you can help support the Royal Navy and Royal Marines Charity along the way.”

For more information on ‘Make a Will Fortnight’ please visit https://www.rnrmc.org.uk/makeawillfortnight