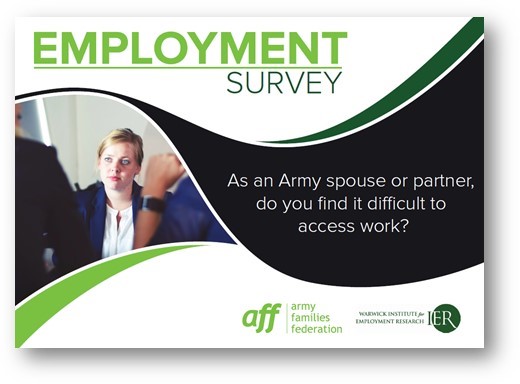 The Army Families Federation (AFF) has long championed spousal employment, with a continual flow of spouses and partners approaching the charity to highlight the challenges they face gaining and maintaining employment.

AFF is now running a new survey to help them delve deeper into those challenges, examining what would make a real difference to those affected, and to what extent military life influences a spouse’s career.

Does the Army Families’ ‘Offer’ meet the needs of the modern Army family?

The Army Families Federation (AFF) is appealing to all Army families to take their latest survey and say whether they feel the package offered to them eases the impact that Service life can have. The charity is exploring various elements of the current package, or ‘Offer’ available to families, and how they translate to Army family life. This includes how aware families are of policies such as subsidised military housing, educational allowances, and healthcare policies such as support with assisted conception.

Army spouses to be the focus for new AFF employment project

After a competitive tender process, the charity has chosen Warwick to conduct research into the real and perceived barriers to employment for Army families. This highly regarded institution will be conducting surveys and interviews with Army spouses and key stakeholders to find out more about the support needed to assist military families into fulfilling careers.

A new film out today produced by the Army Families Federation (AFF) highlights the influence they’ve had on the development of policy concerning the Future Accommodation Model (FAM), and their ongoing work around the issue on behalf of Army families.
With FAM still in its development stage, AFF has taken the opportunity to remind families that they remain committed to representing and involving families in the process as much as they can.

Follow this link for all the latest news from the Army Families Federation.

Recent academic research by the University of Winchester has indicated that four out of ten service children who have the ability to progress into higher education are unlikely to do so.

Leading military charity, the Army Families Federation (AFF) is working with the university to find out more from Service families on this issue. 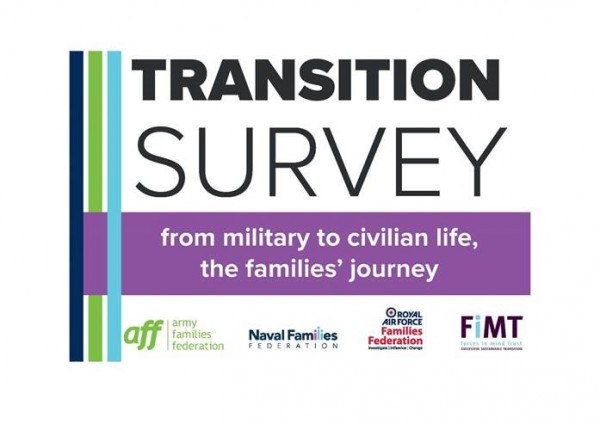 The Naval, Army and RAF Families Federations have been inviting military families to take part in sharing their views and experiences to help make a difference to Forces families. The response to the survey so far has been fantastic and the evidence that they are gathering is integral to our future work on the transition project. As a result of these responses they have decided to keep the Survey open for a further two weeks.

The Army Families Federation (AFF) is once again back on the road, this time in Paderborn, Germany, to meet families, listen to their concerns and answer their questions.
The AFF Germany roadshow takes place on Wednesday 18 October at Montgomery’s, Barker Barracks, from 10.30am until 1pm. The event is FREE to attend and all are welcome to what will be a positive, family-friendly day.
AFF representatives attending will include their Education, Housing and Foreign & Commonwealth Specialists as well as their Germany team.

WebRoots Democracy is hosting a panel discussion in Parliament on Tuesday 10th October to discuss the findings of their latest report, Military Voting: Enhancing access to elections for the armed forces abroad.

The report found that many British military personnel posted abroad face huge barriers to participating in the democratic process, despite risking their own lives to defend democracy itself.

The panel will feature speakers from the political, military, and online voting sectors.

A grant of £3,000 has been awarded to the Army Families Federation (AFF) by the Forces in Mind Trust, to hold a research symposium in partnership with King’s Centre for Military Research this November, at the Victory Services Club, London.

Following the success of the event in 2015, AFF had planned to hold a second symposium in June this year. However, due to the terrorist attack that took place around London Bridge the weekend before the symposium, the event was postponed. Without additional funding, it would not have been possible to re-schedule the symposium for the foreseeable future.