The High Sheriff of Clwyd has raised over £8,000 for Blind Veterans UK, the military charity for blind and vision-impaired ex-Service men and women.

Jim O’Toole donated the money after he climbed Mount Kilimanjaro. The climb raised funds to purchase vehicles that would assist less-abled veterans visiting the charity’s training and rehabilitation centre in Llandudno to access its popular Woodland Walk.

Of the achievement, which was in fact the second time Jim has climbed Kilimanjaro, he says: “It was exhilarating and of course a fantastic experience. The elements were extremely tough; at night the temperatures at the summit were somewhere between minus 15C and minus 25C, while the oxygen level was only around 50% of that at sea level. We managed to trek eight hours each day, except for the final summit day, which took around 16 hours.”

Paralympian and former Royal Marine, Joe Townsend visited veterans’ mental health charity Combat Stress last week at their Surrey based treatment centre to hand over the funds he raised for the charity.

Joe got involved with Combat Stress last year after taking part in the #22PushupChallenge, a viral social media campaign that aimed to raise awareness and support for veterans’ mental health. Putting his own spin on the challenge Joe completed an alternative type of push-up, called planche push-ups and encouraged supporters to donate by adding an extra push-up for every donation. On the final day of the challenge Joe completed over 100 push-ups, a personal best.

A blind veteran from Skegness has received a prestigious award from military charity Blind Veterans UK, the national charity for vision-impaired ex-Service men and women.

Carol Davies, 66 and from Skegness, received the Blind Veterans UK Community Award which is given to recognise the contribution by a blind veteran, spouse, widow or widower to the family of Blind Veterans UK.

A man from Surrey is set to compete in the London Marathon for Blind Veterans UK, the national charity for vision-impaired ex-Service men and women.
Lateef Iqbal, 47 and from Farnham, opted to sign up to the mammoth 26-mile challenge after last year sustaining a knee injury which rendered him unable to partake in his extensive list of sporting interests. He says: “I injured my knee, a longstanding niggle that just wouldn’t go away, and the MRI scan basically showed that I couldn’t play badminton, couldn’t play squash, couldn’t swim or play football. The only thing the doctor said I could do was walk!”

If you and your partner argue about money, you are in good company. Recent research by Relate shows that 55% of people rank money worries in the top three strains on a relationship. The average couple has 39 arguments about money each year. Compared to disagreements about other things, relationship conflicts about money can be more pervasive, problematic and recurrent, and may remained unresolved, despite more attempts at problem solving. Sound familiar?

Do you need advice/help about Learning & Development?

Follow this link to the latest newsletter from the Naval Families Federation.

A woman from West Yorkshire is set to run the London Marathon for Blind Veterans UK, the national charity for vision-impaired ex-Service men and women, to say thank you for the support it provided to her grandfather.

Kate Foster, 28 and originally from Cleckheaton and now living in Bromley, is running on behalf of the charity which provided her grandfather, Eric, with the means and confidence to lead a prosperous and independent life, despite his complete sight loss.

‘Tour of Lincs’ in aid of RAF Association’s work

A group of serving Royal Air Force personnel are cycling an 82 mile ‘Tour of Lincs’ in a single day, to raise funds for the Royal Air Forces Association.

Led by a group of RAF personnel based at RAF Scampton, the team currently has 20 members signed up for the ride on 19 April 2017. They will tour five RAF Stations in Lincolnshire, stopping at each to raise funds and talk about the work of the Association. Members of RAF Scampton’s cycle club are also heavily involved. 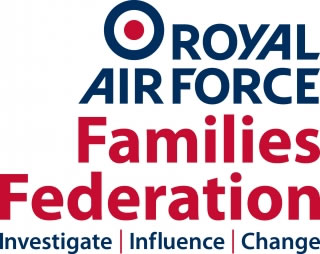 Follow this link for all of the latest news from the RAF Families Federation.