The Board of Trustees of the Royal Navy and Royal Marines Charity is delighted to announce the
appointment of Adrian Bell as the new Chief Executive to succeed Robert Robson.

Adrian joins the charity after eight years as Chief Executive of the Kent, Surrey and Sussex Air
Ambulance, following a long career with the Royal Navy during which he commanded three warships
and concluded with command of British Forces in Gibraltar.

Caley Eldred has been appointed as the new Director of Supporter Engagement heading up the Fundraising & Marketing Team at The Royal Star & Garter Homes. She joins the Charity, which provides specialist care for veterans and their partners who live with disability or dementia, in state-of-the-art care homes, on 9 July.

Previously the Director of Development at the youth charity City Year UK, Caley has held director level roles at both the food-waste charity FareShare and special care baby charity Bliss, as well as working at Mind and the NSPCC. She is also a trustee of the children’s education charity Nurture UK.

The Trustees of the Royal Navy and Royal Marines Children’s Fund would like to announce that after 36 years dedicated service, our Director, Monique Bateman MBE will retire. She will be succeeded by our Assistant Director, Ms Clare Scherer, who will assume the appointment from 11 May 2018. The Trustees would like to express their gratitude to Monique for her years of exceptional, dedicated service. She will be sadly missed by staff, Trustees and, most particularly, by the many thousands of children and their families whose lives she has transformed.

Lady Kitty Spencer becomes Patron for Give Us Time

Give Us Time is thrilled to announce our new Patron, Lady Kitty Spencer, who said: “This role gives me the opportunity to express the utter respect I have for the men and women who serve this country in the armed forces. For military personnel, the family network is the all-important backdrop to their professional lives. ‘Give Us Time’

acknowledges that the entire family makes sacrifices and seeks to nurture this support network. In my opinion, our service personnel and their families truly represent what is best about the United Kingdom. I am in awe of their strength and commitment to our country.

The Forces in Mind Trust (FiMT), established to help ex-Service personnel and their families make a successful and sustainable transition back to civilian life, has appointed five new Directors to its Board: Ross Campbell, Anaїs Reding, Nick Roberts, Robert Robson and Andrew Ward.

Ross Campbell is the Director, Public Sector at the Institute of Chartered Accountants England and Wales (ICAEW) where he leads the Institute’s work to improve standards in the management of the Public Finances, both in the UK and internationally.

Forces in Mind Trust (FiMT), which works to ensure all ex-Service personnel and their families successfully transition to civilian life, has appointed Amazon PR to provide strategic communications and influencing services following a competitive tender.

Established in 2012 with a £35 million endowment from the Big Lottery Fund, FiMT awards grants, commissions research and supports projects that deliver long-term solutions to the challenges faced by the Armed Forces Community.

After a decade as Chief Executive Officer, Robert Robson has informed the Royal Navy and Royal Marines board that he intends to step down from the role during the summer of 2018.

The last decade has seen the charity established both inside the Service and on the national stage as the primary grantmaking and fundraising charity for its beneficiaries who serve or have served in the Royal Navy and Royal Marines. With a focused strategy, a settled board and a team delivering well, the RNRMC is strongly positioned to expand and build on these firm foundations. 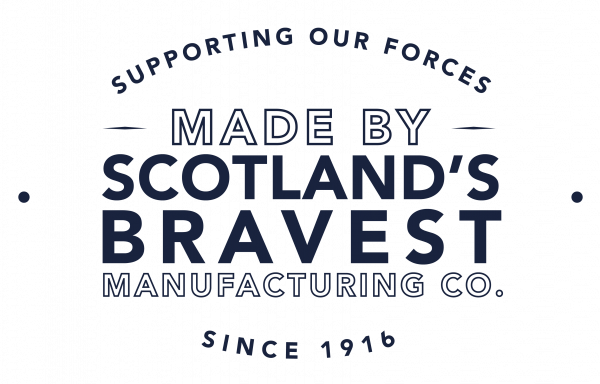 Newly-formed Scotland’s Bravest manufacturing Company, the largest employment development specifically for Scottish veterans in decades, is pleased to announce the appointment of its inaugural director.

Michelle Ferguson, whose previous organisation was twice recognised as finalists in the Scottish Social Enterprise Awards under her stewardship, will take over the Refrewshire-based social enterprise due to launch in June.

RFEA The Forces Employment Charity will work with Team London, the Mayor of London’s volunteering programme, to deliver Forces for London. This new initiative is co-funded by the European Social Fund and the Mayor of London to increase the employment rate of veterans in London.

Many veterans struggle to find a job after their military service. By 2020, Forces for London will support 200 veterans who face such barriers, all of whom will receive mentoring support, with 190 completing volunteering, and more than 120 securing meaningful sustained employment, training or education.

Sir Andrew was commissioned into the Royal Air Force in 1977 and after flying training, joined No 72 Squadron, flying Wessex helicopters. During his distinguished career he flew over 5,000 hours on both Wessex and Chinook helicopters. In addition to the UK and Germany, he saw operational service in Northern Ireland, the Falkland Islands, Lebanon, the Balkans and the Gulf. He also completed exchange tours with the Royal Navy’s Commando Helicopter Force and the Royal Australian Air Force.

📰New research from @QinetiQ, in partnership with @WarwickIER and @RFEA_UK, and commissioned by @FiMTrust, has found… twitter.com/i/web/status/1…