On the evening of Saturday 28th July, locals are set to be delighted by the Regimental Band of the Coldstream Guards performing inside the atmospheric Exeter Cathedral. The concert will be raising money for the Devon branch of SSAFA, the Armed Forces charity, following a connection made by the SSAFA Devon Branch Patron, Lord Clifford (a former Coldstream Guards Officer and President of the local Coldstream Guards Association).

In time for the centenary of the end of the First World War, a special collaboration has been announced between SSAFA, the Armed Forces charity and Steiff.

The oldest, tri-service military charity and the world’s oldest manufacturer of hand-crafted stuffed animals for collectors and machine washable plush toys for children have come together to honour this poignant moment in history, with a limited-edition collector’s Armistice Bear. Each bear sold will raise £20 for SSAFA – helping to provide practical, emotional and financial help for the Armed Forces community in need.

Combat Stress has been announced as the official 2018 charity partner of the GRIM challenge.

The UK’s leading charity for veterans’ mental health has partnered with the off-road event to encourage supporters to take part and raise vital funds for the charity.

The challenge will take place in Surrey this December, with participants running or jogging one of three available routes – either four, eight or 16 miles. 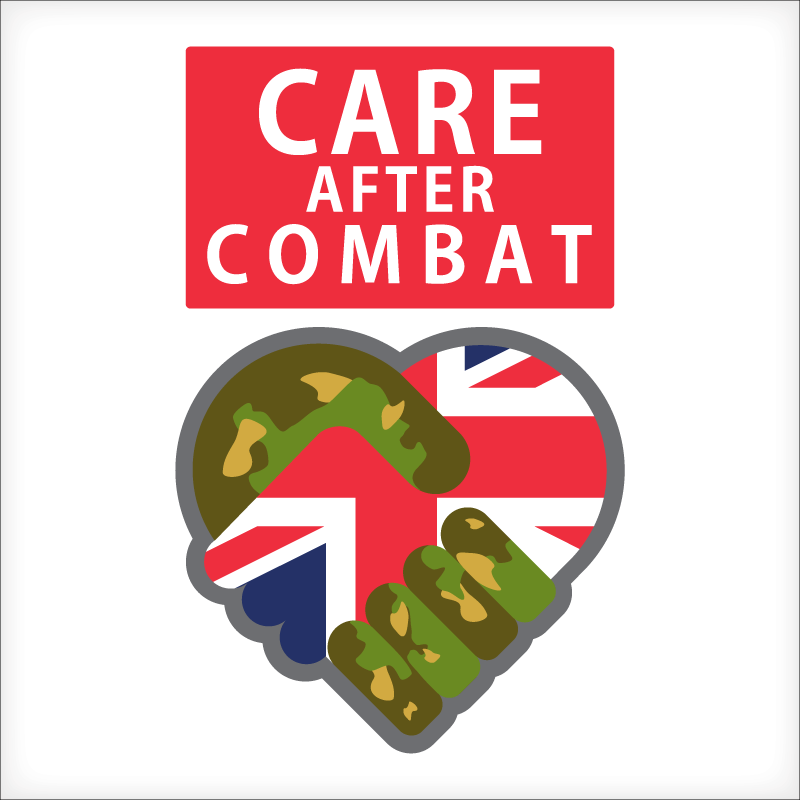 Reconnect – a partnership between the Burton Addiction, O’Connor Centre and Care After Combat

The well-being of former serving members of the Armed Forces has been at the centre of policy and research for some time. There is evidence from clinical practice and academic research showing that veterans can encounter difficulties dealing with the impact of their service experience after leaving the forces as well as challenges moving from military life to civilian life.

The moderate consumption of alcohol for pleasure and relaxation undoubtedly has an important role in
our society.

Lord Trenchard Gin has been created by military veteran and HDC Managing Director Chris Gillan, who founded HDC after a training injury ended his RAF career. Chris struggled with the transition to civilian life after he was left facing homelessness following a flood which destroyed his property. He turned to the RAF Benevolent Fund for help and their support enabled Chris to turn his life around and inspired him to dedicate his career to giving back to military charities and helping other members of Britain’s Armed Forces community.

This summer, London-based watches and accessories brand, Smart Turnout has announced their partnership with SSAFA, the Armed Forces charity. The collaboration hopes to raise vital funds through sales of Smart Turnout’s popular Military Watch. For every Military Watch sold, Smart Turnout will be donating 15% of the sale to SSAFA, the Armed Forces charity, to allow them to continue to provide practical, financial and emotional support for both service men and women, veterans and their families.

With Smart Turnout’s founder, Philip Turner, being an ex-Scots Guard himself, the design is heavily influenced by the bold regimental colours found throughout the British Military.

SSAFA, the Armed Forces charity partners with Aramark Defence Services – Side by Side

As part of an ongoing commitment to support the Armed Forces community, Aramark Defence Services has announced a new five year partnership with SSAFA. Aramark Defence Services (ADS), who operate under the Side by Side brand will bring together an enthusiastic workforce of more than 4,000 with the oldest, tri-Force charity to bring about positive change in the military community.

Starting with a wave of Big Brew Up events held across the company during Armed Forces Week, ADS is set to commit to an annual calendar of activities, driven by its team members and the company’s management.

An international powerboat race, which comes to Falmouth from June 29 to July 1, has announced a partnership with a sailing charity for injured veterans.

The new partnership will see the International Powerboat Race Club (IPRC) join together with Falmouth-based Turn to Starboard for the first time to raise funds for those affected by military operations.

After a day of testing and launching the powerboats at Port Pendennis Shipyard, drivers will make a splash on Saturday, 30 June as they race two laps of a course from Falmouth to Plymouth and back – a total of 144 miles.

“Recruit for Spouses are really excited to offer this unique opportunity to work with Alexander Mann Solutions. RFS will be identifying 10 eligible candidates who will participate in a training programme to become Recruitment Sourcing Specialists. No previous experience necessary but a willingness to learn and work with people is a must. Alexander Mann Solutions is the world’s leading provider of talent management solutions, working with organisations in more than 80 countries, helping them to attract, engage and retain top talent.

In terms of managing problems of alcohol/substance misuse within the veteran population, whilst treatment services may be aware of veterans amongst their clients, they may not always feel fully competent to both recognise and therefore manage issues arising from previous military service, for example PTSD and poor transitioning.

We are therefore pleased to announce a new joint Care after Combat/Burton Addiction Centre partnership. Commencing in February 2018, this service will provide both residential education and treatment for veterans who have been involved in the criminal justice system.