The Royal British Legion is supporting the Normandy Memorial which will be inaugurated next year to mark the 75th anniversary of the D Day landings. The Normandy Memorial Trust has spent the last 12 months researching the names of those who lost their lives under British command between 5 June and 31 August 1944. This is a unique collection of names which have never before been recorded and will appear on the British Normandy Memorial soon to be built in Ver-sur-Mer, Normandy.

SSAFA Southend supported Mr King’s carer in arranging the funeral and encouraging the public and other organisations to attend, ensuring that he had a good send off.

Michelle Turner-Everett at SSAFA Southend arranged for a bugler and flag bearer to attend. In total, around 200 members of the public including the air cadets attended.

Known as a flying ace, 96-year-old Squadron Leader Allan Scott DFM returned to Biggin Hill, where he was posted in 1941 aged just 19 with 124 Squadron.

On 1st April 2018, the RAF will celebrate 100 years since its formation. The Royal Star & Garter Homes, a Charity that provides specialist care for veterans and their partners who live with disability or dementia, has been privileged to care for many RAF veterans in its 102-year history. Once such resident is Second World War Spitfire pilot Phillip Johnson. To commemorate the RAF centenary, here we share his incredible story.

Phillip joined the RAF on his 18th birthday and underwent the demanding Spitfire pilot training in the UK, Africa and Egypt. Once his training was complete Phillip was flown to Malta and joined 185 Squadron.

An amputee war veteran is taking on his first ultra-running challenge on the 74th anniversary of the D-Day landings to support fellow injured veterans.

Former soldier Rob Copsey will be running 44-miles along the Normandy coastline for the relaunched D-Day 44 Challenge on the 6th June to raise money for military charity Blesma, The Limbless Veterans.

The challenge, which consists of a 44-mile run or 22-mile walk, was set up in 2009 by Army surgeon Lt Col Mike McErlain to commemorate the 1944 Allied invasion of occupied France on the anniversary of D-Day. However, in 2013, the event was cancelled when Mike tragically collapsed and died while taking part.

The Burma Star Memorial Fund is embarking on an exciting new Remembrance Project and needs some help. It plans to set up an online ‘Remembrance Book’ which will include as many of the veterans of the ‘Burma Campaign’ as possible. To start the process it wants to have all the application forms of the members, past and present, of The Burma Star Association, approximately 56,000, digitalised to form a database for this project.

So what is needed is someone who is able to input the information on the application forms quickly and accurately on to a computer.

A fundraiser from Stoke-on-Trent will be following in the footsteps of his grandfather, by cycling the 760 mile route the prisoner of war took during the Second World War. On 21 February 2018 Martin Palmer and his father Stephen Palmer will start their journey from Poland to Germany to raise funds for Combat Stress, the UK’s leading charity for veterans’ mental health.

“My Grandfather didn’t really speak about World War II, I knew he was a prisoner of war, but it wasn’t until I started researching that I found out what he went through.

Three military charities are coming together to relaunch the D-Day 44 Challenge, an event first run by Lt Col Mike McErlain, a serving Army surgeon who changed the lives of many injured service personnel for the better.

Mike, his wife Jo and his brother-in-law Giles Barnes set up the run in 2009 but tragically Mike collapsed and died while doing the run himself in 2013. Now with Jo’s blessing the event returns in 2018, the 74th anniversary of the D-Day landings, to continue its important fundraising work, with the three chosen charities being Blesma, The Limbless Veterans, Blind Veterans UK and Combat Stress.

RNAS 1710 recently hosted two veterans and the Chairman of the Spirit of Normandy Trust at Southwick House the Allied Headquarters for the D Day Landings. Patrick Thomas and Wally Beall were able to visit the famous map room where the D Day map wall still portrays the situation at H Hour on D Day. They were both looked after very well my the Royal Navy and the Royal Military Police, who are now based at Southwick Park. 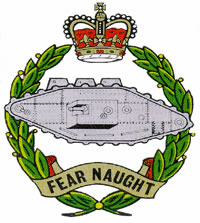