Poppyscotland’s pioneering welfare centre in Inverness today celebrated its fifth birthday with the positive news that it has dealt with more than 3,000 enquiries since 2013 and taken up nearly 400 separate welfare cases.

With an estimated Armed Forces community of 100,000 in the north of Scotland, Poppyscotland identified a need for the creation of a welfare centre where veterans and their families could drop in at any point to receive help and advice. And drop in they have at a rate of nearly a dozen a week.

Residents and staff were delighted to welcome Her Royal Highness Princess Alexandra when she visited The Royal Star & Garter Home in Solihull. The visit was part of a day of celebrations to mark the Home’s 10th anniversary.

WWTW are celebrating 70 years of the NHS

From working in partnership with NHS Liaison & Diversion Teams, to embedding our Employment Advisors within the NHS TILS (Transition, Intervention and Liaison Service) – Walking With The Wounded relies on its collaboration with the NHS in order to provide wrap-around care for those who struggle after leaving the military.

Tide, hills and 106 miles were overcome by a team of six RAF triathletes to deliver the RAF100 baton to the RAF Benevolent Fund’s Princess Marina House on Sunday.

The stop was the latest in the 100-day relay which sees the commemorative baton travel around the country, visiting RAF stations and memorials on a mission to celebrate, commemorate and inspire the next generation.

My grandfather, Hugh Trenchard, the first Viscount Trenchard, often called the Founder of the RAF, became its first Chief of the Air Staff on its formation on April 1 1918.

The new service was revolutionary: it sought its officers and men from all backgrounds, with my grandfather wanting the very finest people for the fledgling force, whether they were the sons of dukes or dustmen. It was not their background that was important, it was their ability.

Veterans Urged to Come Forward and Tell Their Stories

Following the MOD’s announcement that the Royal Military School of Music is to vacate its historic home at Kneller Hall in South West London, veterans’ charity The Legasee Educational Trust has been commissioned to chronicle over 160 years of military music tradition at the celebrated Grade II listed institution.

Supported by a grant from the Heritage Lottery Fund and teaming up with local schoolchildren from Chase Bridge School in Twickenham, the Legasee Educational Trust will explore the illustrious history of The RMSM at Kneller Hall and examine the importance of music to the military effort.

As we approach 1 April and the official launch of the RAF’s centenary celebrations, the RAF Benevolent Fund has shared the story of another incredible centenarian.

Like so many of her generation, Rose doesn’t think her story is worth telling but the 101-year-old WAAF veteran is modestly underplaying her vital role in the D-Day landings and the two honours she received as a result. Here she tells her story…

I joined the RAF when I was 25, in 1941. My fiancé Wilf had been posted to the Middle East so I thought I’d better contribute to the war effort and hopefully get him home sooner!

During the Second World War there were only three trades open to women: MT drivers, cooks and barrage balloon operators.

This year, SSAFA the Armed Forces charity will mark 100 years since the end of World War One.

The charity, of which I am a proud Ambassador, was there for our Armed Forces family then and they’re still here for them now.

For over 130 years and through a number of conflicts, SSAFA has shown its commitment to our service men and women, veterans and their families; relieving need, suffering and distress through its network of local branches. 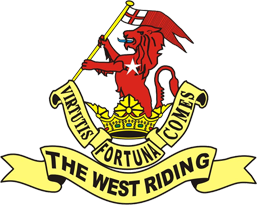 The Duke of Wellington celebrates a regimental milestone

The private drinks reception, held at ‘Number 1, London’, provided an exclusive unveiling of the memorial Maquette, created in honour of the Duke of Wellington’s Regiment’s 300 years of service to the Crown.

RT @FiMTrust: The FiMT-funded ‘Understanding Domestic Abuse in the Armed Forces Community’ webinar will take place on 7th October. It will… … view tweet