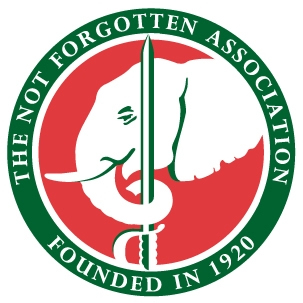 Alpine Canoeing in the French Alps

Over the next two weeks, 21 beneficiaries – all with a variety of injuries and illnesses, from amputations to PTSD and depression – will take to the French rapids in an adrenaline-pumping adventure. Kindly funded by Help For Heroes, these holidays encapsulate our motto ”From Comradeship To Challenge” and all those who attend relish the challenge of taking on the the rapids whilst helping and encouraging each other.

£10,000 cash prize to be awarded to the winner of the start up of the year category and Surge Group PLC becomes main sponsor to the Heropreneurs awards.

Heropreneurs is delighted to announce that Surge Group Plc has become the Main and Headline Sponsor to the Heropreneurs Awards. The Awards are run in association with The Telegraph and the Warwick Business School, and with support from the Ministry of Defence.

Surge Group Plc was founded by Paul Careless in January 2015, a start-up with zero debt or venture capital. In 2018, the group will exceed £50m in annual turnover. Paul Careless served in the British Army and has since become one of the UK’s most successful entrepreneurs – his personal motto is “Do not fear failure. Fear mediocrity”.

It’s Armed Forces Day this Saturday, but we’re here for officers all year round…

This weekend celebrates the contributions made by the British military, including officers.

The OA continues to support the officer community, whether that is helping them to find new careers after leaving the Armed Forces or access welfare support when needed.

Richard Sanders is a former Major in the Royal Logistic Corps the OA Employment Team supported. He had a one-to-one career consultation in March with Lisa Jones, an OA Career Consultant who also previously served as an Army officer, which helped him to be job ready and successfully apply for a new role.

In this webinar we are joined by Edward Ross, the Managing Director and Co-Founder of Forces into Franchising. Ed will be discussing what opportunities are available to veterans within franchising.

Ed is a former Army Officer in the RDG. He left in 1997 and worked in London as a Business Development Manager and has set up and run his own businesses. He is now a full time dad.

Join the OA for a workshop day that will look into the skills and experience required to work within consultancy.

The day will start with an overview of consultancy, including a review of skills and qualifications.

This will be followed by a series of presentations delivered by those already working within consultancy from a range of organisations. The presenters will share their experience and give insight.

The Two Roses business networking group runs events in Leeds that bring together ex-service personnel in transition and those who have found employment in a variety of sectors.

The meeting will start from 6:30pm, at around 7pm there are a few short presentations to allow members to speak, explaining: what they do, how they can help and what they would like to be helped with (if possible). After this the group will go to general networking and if there is interest retire to a nearby bar.

Research shows Service children to be significantly underrepresented at university

Service children’s experiences may often give them skills and attributes valued by universities, but research by the University of Winchester has shown Service children to be significantly underrepresented in our Higher Education institutions and the Service Children’s Progression (SCiP) Alliance is working to find out more. Following the Alliance’s work, the new Office For Students recommends that HE institutions should be looking at support for this group’s access and success at HE. The Service Children’s Progression Alliance has a growing network of hubs across the UK bringing professionals together to make sure this cohort are supported in their education and empowered to make an informed choice about their future.

The Royal Navy and Royal Marines Charity (RNRMC) has partnered with Forces Law, a network of civilian lawyers, for a year-long initiative that offers affordable Will creation in exchange for charitable donations.

Launching on Armed Forces Day 2018, the ‘Make a Will’ project will see a select number of Forces Law members waive their fees on standard Wills. In exchange, those who require the creation of a Will are instead encouraged to make a charitable donation to the RNRMC.

Longest Ride on the Longest Day

Former Wren, the amazing Liz Brown retired last year and decided 2018 would be her challenge year. Her first event was to attempt her longest ever cycle ride in aid of the Women’s Royal Naval Service Benevolent Trust. At 0430 on the Longest Day she set off to cycle 150 miles around the New Forest. Supporters cheered her on from various watering holes and by 1730 she returned (looking remarkably fresh) to Milford on Sea for the finish, with 154 miles successfully under her belt.

Commander Jane Allen set off from HMS Victory on 21 October last year, to walk anticlockwise round the coast of mainland UK to raise money for two naval charities, the WRNS BT and RNRMC charities. Here she provides an update on her most recent travels in Scotland where she has now clocked over 2,000 miles.

Having walked across the Scottish border at the end of April, it has taken me a further 664 miles to reach John o’ Groats, where the ‘bootometer’ clicked 2,031 miles. The magical 2,000 miles had been achieved earlier in the week on the approaches to Wick. Meanwhile, the Victory Van has already covered over double the mileage (4,696) in support.

@Mr_PaulWatson @CloreSocial Hi Paul. The programme is for emerging leaders working for a charity or organisation wo… twitter.com/i/web/status/1…